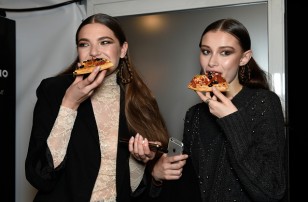 The habit of not being able to eat certain foods is a common 'preference issue' in our culture. But when the refusal to eat happens over and over, perhaps it's time to get worried.

Eating Pulses Can Lower Cholesterol Plus Reduce and Keep Weight Off, Says Study

A recent study points to pulses being a possible solution to long term weight management. And it shows that pulses can lower bad cholesterol as well.

Studies have shown that eating with a loud music tends to make one chew faster, increasing one's consumption unintentionally. Check out these scientifically-proven scenarious and their effect on one's appetite.

Fruit Juices Are Not The Best Drinks For Your Child

The problem that we do not pay attention to here is the amount of sugar that goes into one glass of fruit juices. In fact, fruit juices can contain as much sugar as other soft drinks and sometimes more sugar than other drinks contain.

Coffee News: Is Instant Coffee Good For You?

Did you know that instant coffee comprises a 50 percent of the total consumption of coffee in the world?

A new research shows that increasing vitamin C in one's diet could halt cataract progression. However, vitamin C from supplements does not have an effect on the condition

Use these rules to naturally slow your sugar intake—and keep eating meals you love.

Time to know which is healthier: tuna in oil or tuna in water!

While we avoid many food items, there are many items that can lower pressure levels as well.