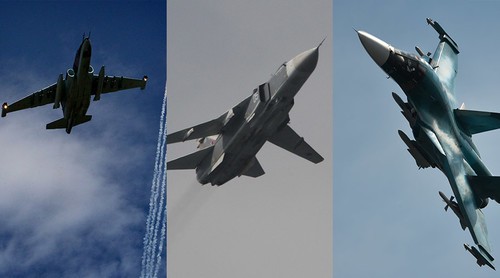 Russia is poised to clean up in a matter of weeks what the US seems to have failed in the past year: the Islamic State. They brought in the might of the Russian Aerospace Forces in the form Sukhoi warplanes and conducted sortie after sortie that basically stopped the IS efforts dead in its tracks.

With the impressive timetable that Russia has so far kept, global focus has shifted into the actual planes that Russia uses to execute its missions. The strike force in Syria is exclusively made up of Sukhoi jets. Leading the pack is the Su-34 (Fullback), followed by the iconic Su-24 (Fencer) and the tried and tested Su-25 (Frogfoot), RT reported.

The Su-34 (Fullback) is the most modern and attention-grabbing of the Russian strike force planes in Latakia. Its development as a striker-bomber started in the 1980s and the first batch was received in 2006. The Fullback entered into active service in 2014 and was designed to replace the aging Su-24 (Fencer). 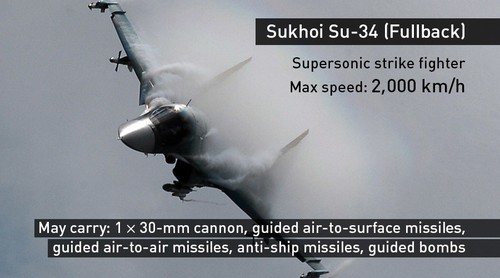 The Fullback is further intended to penetrate enemy airspace at treetop level and during the most severe weather conditions. It is also known as a "flying tank" with its armored cockpit and considerable stand-off weapons, The Aviationist reported. It can survive missile fragments and direct fire from lower caliber weapons. There are four of these aircraft currently in Syria.

Next in line is the Su-24 (Fencer). The Fencer started its work in the 1960s but the current fleet has been heavily modified to carry modern weapons and systems. Upgrades like GLONASS satellite navigation systems, heads-up display, beefed up air-to-air defenses, and R-73 missiles. 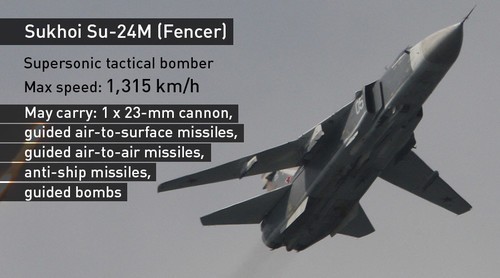 The Fencer can also carry a very wide array of missiles including precision weapons. The 12 Fencers currently stationed in Syria, however, do not seem to be armed with guided weapons. A US Air Force official has also been recorded as saying, "Those aren't precision weapons," U.S. Air Force intelligence chief Lt. Gen. Robert Otto was quoted as saying. He adds, "We can tell what's hanging off the airplane."

Rounding up the bunch is the Su-25 (Frogfoot). This jet is the Russian equivalent of the A10 Warthog. It has seen active service since production in 1978. Like the US A10 Warthog, is a close ground support jet. Russia has come out with several variants of the warplane in recent decades to keep up with modern times. 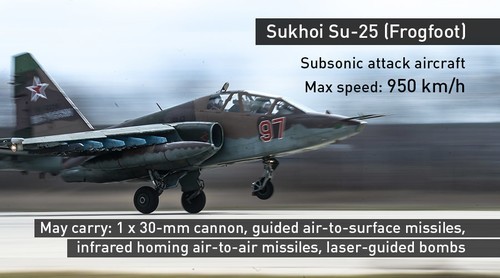 All in all, the Russian birds conducted 90 sorties in just 72 hours. They have allegedly reduced IS fighting power to a bare minimum and can be overrun in a matter of hours. Precise bombing and mass defections have left the rebel group with very little fighting power, Zero Hedge reported. Another implication of Russian success in Syria also puts to question Allied activity in the past year which produced little results.

Do you support the renewed aggression in Syria? Does Russian involvement in destroying the Islamic State have any underlying motives? Let your opinion be heard by sharing this article! In the meantime, enjoy this video of Russian warplanes stationed in Latakia: