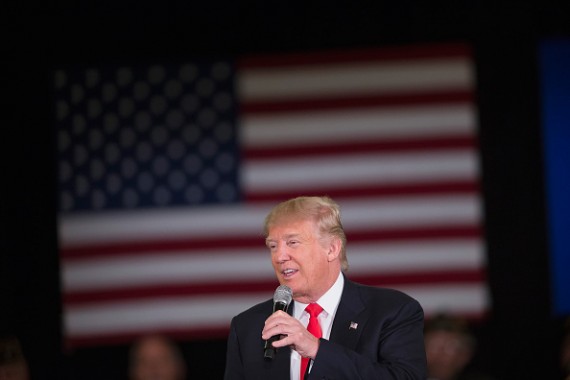 Republican Presidential candidate Donald Trump and his unconventional view of things had led to a lot of discussions and debates. Clearly, he had severed relationships with some groups while gaining support from others. One thing he is adamant about is the issue of illegal immigrants. He said he is planning to deport 11 million undocumented immigrants. But looking at the data, reports say, this can highly affect food production in the US because half of America's farmers are undocumented immigrants. This means, if Trump wins, the US might face food shortage due to lack of workforce.

Trump's "Make America Great Again" campaign includes strict immigration reform. He even has this 5-point plan against illegal immigrants. According to The Political Insider, Trump is serious about his Immigration Reform and released his 5-point plan here:

According to Quartz "It's an open secret in agriculture that half or more of those workers are unauthorized immigrants. The Farm Bureau, a non-governmental umbrella organization that advocates for farmers across the country, states that "at least 50-70 percent of farm laborers in the country today are unauthorized."

This was later explained to Quartz by Philip Martin, professor of Agricultural and Resource Economics at the University of California. He said "The data reflect "a two-decade pattern in which three-fourths of farm workers were born abroad and half were unauthorized."

The emergence of foreign labor in the US can be traced as far back as the World War II. These include Mexican laborers. There's nothing wrong in enforcing the rule of law, however, Trump and his team should be able to properly address the consequences of their proposed rules. For example, who would replace the farmers if he successfully deports all the 11 million illegal immigrants?

"US workers are totally unwilling to do this work," says Laura-Anne Minkoff-Zern, an assistant professor of food studies at Syracuse University said in an interview with Quartz.

Obviously, this will lead to lesser food yield and of course, food shortage in a very short span of time.

Experts predict though that it will be very unlikely for Trump to successfully implement his plan if he is elected. This is, however, a wake-up call for the agriculture industry. It might really be the right time to increase wages for farmers so that more local workers will be willing to do the job. Also, to the labor groups to finally try and resolve the problem with illegal immigrant workers.