Customer Sues Starbucks for $5 Million: Drinks Contain Too Much Ice And Too Little Coffee 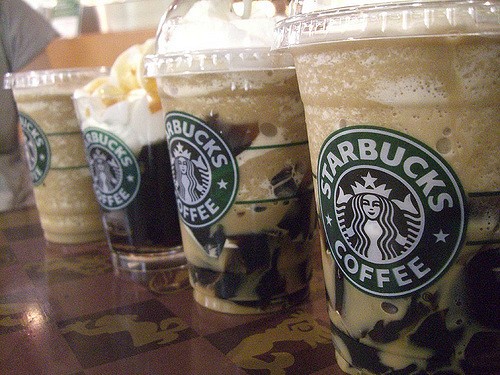 An unsatisfied Starbucks customer is suing the chain for $5 million alleging that the coffee giant placed to much ice in its iced drinks.
(Photo : Photo by Akaitori/Flickr CC)

Too much ice in iced coffee is bad, for Starbucks at least. Recently, the Seattle-based coffee chain is facing a $5 million lawsuit for allegedly putting too much ice in its iced beverage offerings.

The class action suit was filed by an Illinois resident Stacey Pincus, alleging that Starbucks under-filled its cold drinks by mixing in more ice than necessary. The suit also claims that the chain duped its customers by selling cold drinks containing less coffee than what the chain had advertised, reports Washington Post.

Starbucks, on its menu, states that "tall" drinks contain 12 fluid ounces, "grande" contains 16, "venti" contains 24 and "trenta" contains 30 fluid ounces. But in practice, the lawsuit claims that baristas fill the cups with smaller portions of coffee then fill the rest with ice. In essence, customers end up getting the short end of the bargain, getting less than what they were paying for.

To illustrate its point, the lawsuit gave as an example a customer buying a "venti" sized cold drink. The customer actually gets only around 14 fluid ounces of the drink, not the 24 fluid ounces Starbucks has advertised in its menu, according to the lawsuit.

The lawsuit added that Starbucks is deceiving its customers via its menu advertising. In practice, the suit claims that the chain is advertising the size of its cups and not its fluid contents, which is what the customers are paying for.

Jaime Riley, a Starbucks spokesperson, released a statement saying that the company does not believe in the merits of the claims made by the plaintiff. Riley added that ice is an essential component in any iced drink and that Starbucks could have remixed another drink if a customer is unsatisfied.

The lawsuit drew mixed reactions among Starbucks customers. Some customers feel that the lawsuit is unnecessary, suggesting that the plaintiff could have instructed the barista to put less ice into her order, reports CSMonitor.