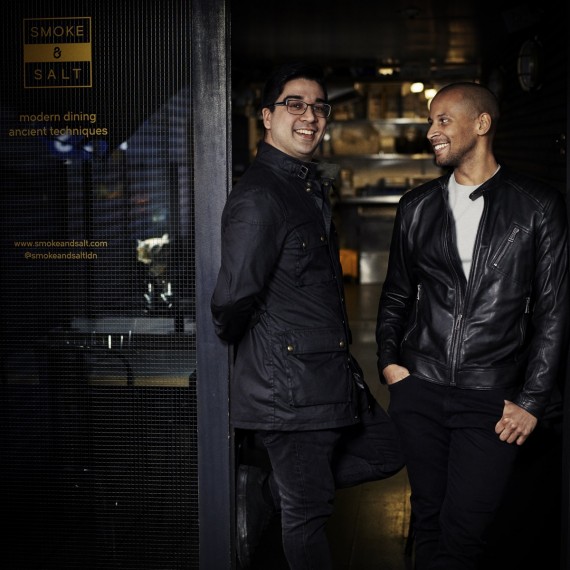 The restaurant moved into its shipping container location in London's Pop Brixton in 2017 and has since continued to grow into a must-visit foodie destination.

Aaron grew up in Britain and studied business at Bournemouth University. It was while he was living away from home that he discovered his interest in cooking. He eventually started a culinary arts course where his venture into the food industry began.

Meanwhile, Remi spent his childhood in Nigeria before his family moved to the UK. After completing a chemistry degree, Remi went across the Atlantic to follow his interests and study at a culinary school in Boston. Upon returning to the UK to marry, Remi took on a job at The Shed in Notting Hill. It is here that the budding pair met and began their journey.

Aaron had been thinking about starting out on his own with a restaurant that focused on using traditional methods of cooking. After deciding to leave The Shed, the two chefs, sharing their passion and enthusiasm for food, teamed up to make Smoke & Salt a reality.

It was 2014 when the restaurant finally took off with its niche evidentially clear. The two wanted to focus on a unique style of cooking using ancient preservation techniques.

Working daily in their small shipping container kitchen, the two were recently interviewed for Belstaff, where they discussed the hands-on nature of their cooking style, saying: "We're dealing with coal, we're dealing with fire and we're dealing with smoke. We need [clothing] that's going to live up to the day-to-day rigours."

The pair work with a team and strongly believe in transparency throughout. They discuss in other interviews the need for upper management to keep their employees in the loop on what the latest updates are to avoid any kind of confusion. This is a refreshing style of management that matches their stripped-down cooking techniques.

Their approach to cooking has seen them win the Cateys Newcomer Award in 2018 as well nominations for a Love London Award and a shortlist spot for Best Breakthrough with GQ Food & Drinks Awards all within the same year.

Using British ingredients, the menu changes on a near-monthly basis to reflect the food that is currently in season. This means that, even if you were to become a regular, you'd constantly be treated to new and exciting dishes. The way in which they carefully and thoughtfully plan their menus gives Smoke & Salt a personable atmosphere that is a far cry from any generic chain restaurant.

Their brightly coloured dishes are packed with flavour and the restaurant has been reviewed by the likes of the Evening Standard and The Telegraph.

The future of Smoke & Salt is bright with the two hoping to open up further sites in the future.