Foie Gras: 5 Reasons Why You Should Stop Eating This Luxury Delicacy 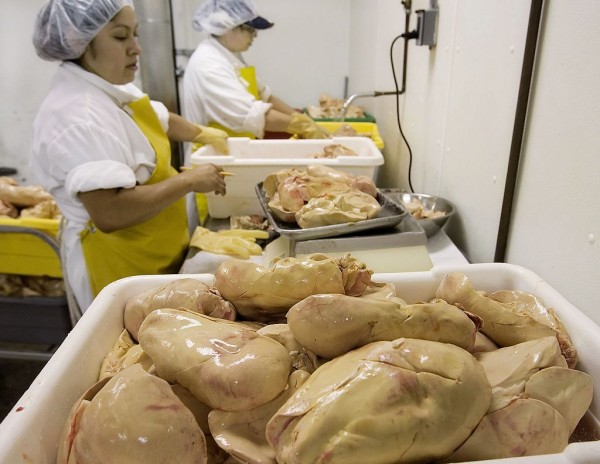 Michelin-starred restaurants offer a variety luxury delicacy that is enjoyed by the elite. One of them is the Foie Gras, which is the epitome of sophistication and delicate delicacy. Along with other food like Filet Mignon and premium steaks, foie gras offers its distinct taste, which is easy to spot and is deliciously addicting.

According to animal equality, foie gras means fatty liver made from duck or goose liver that has enlarged abnormally from a disease called hepatic steatosis caused by forcing the animal to eat large amounts of food. Since you have a bit of background about foie gras, here are other reasons why you must stop eating this sophisticated delicacy.

Remember when you found out that the foie gras is a fatty liver of the duck or goose? A fatty liver is not healthy even for animals, not just humans. According to One Green Planet, the liver you are eating is diseased. They add that the liver of the ducks or goose, which is intended for the delicacy, have ten to twelve times their average size, which can sometimes make the animal have difficulty in standing or walking.

Bad For your Heart

Since foie gras is made from the fatty liver, then it is not healthy for your heart health. Lifehack reports that any food that gets 80% of calories from fat should be eaten sparingly. However, they note that the fat from the foie gras is compared to avocado or olive oil because it is an excellent fat type. Lifehack also reminds us that even if it's good fat, eating it in proportion should be considered.

The ducks are fed to fatten their liver is morally wrong and very traumatic for the ducks themselves. According to PETA, workers ram pipes down the throats of the male ducks twice a day, feeding them pumping up to 2.2 pounds of grain and fat into the stomach, which is called gavage. They add that they ram the pipes three times for geese and put 4 pounds amount of food in their gut. This is because the animals cannot stand, and they may attack each other because of stress.

One Green Planet shares that ducks dying are 20% higher than other deaths of farm animals. They note that the pre-slaughter is caused by ruptured livers, esophageal damage, and organ failure. They note that the reason for these conditions is force-feeding for their diseased livers as a delicacy.

According to PETA, these ducks are kept in small cages or crowded sheds, unable to bathe or groom themselves, resulting in different conditions such as foot infection due to their long-standing in metal grilles when they are forced fed and fungal infections, which make them more miserable.

Although foie gras is associated with health impacts, the reason why the luxury delicacy is being discouraged by certain groups is that the host or the animals where the liver comes from becoming in a sad state and experience undesirable methods to obtain the perfect liver.

Related article: Fast-food Favorites for the Rich And Famous

The Top 10 Foods That Can Ruin Your Skin