'Dip It, Dunk It': Oreo Cookies' History and Facts 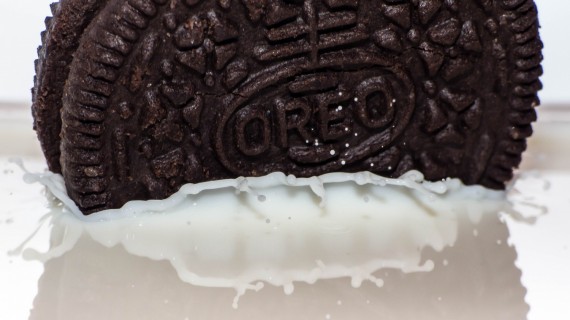 Oreo has been part of every child's childhood. That iconic cream-filled cookie has made a child happy in a classroom, playground, or in the comfort of their homes.

Almost everyone can share an unforgettable memory with this famous cookie. Even adults with child-like hearts can relate to the sweet taste that brings back memories of home.

Oreo cookies have genuinely become a classic cookie for all ages. But how did this iconic cookie become so famous, not only in the U.S. but across the globe?

Here are some Oreo Cookies facts and history that contributed to its success:

Oreo cookies were created out of sibling rivalry between two brothers who ran different bakery companies around the 20th century.

Jacob Loose's bakery company first created the Hydrox cookie, which was famous for its biscuits and vanilla crème filling. The Oreo cookies were created as a copy, which was not successful at first.

In the 1950s, Oreo rebranded and raised its pricing. This resulted in Oreo cookies' success. Currently, the Hydrox cookie is little-known, compared to Oreo cookies' popularity now.

Ben & Jerry's discovered the pigs' hate for Oreo cookies. In 1985, the company started giving its milky water to a local pig farmer.

The pig farmer said that his pigs loved every flavor except for Mint with Oreo cookies.

However, Kraft decided to ask Chinese consumers for their input. This resulted in a new variation with the cookie's original recipe.

It was a tube-shaped treat with four layers of crispy wafer with vanilla or chocolate cream for filling.

In 2006, the wafer became the best-selling biscuit in China. Kraft then expanded its market in Asia, Australia, and Canada.

Some prefer the simple crème-filled cookie and considered it to be Oreo's original flavor. However, the lemon meringue was also among the flavors that were first introduced initially.

It was discontinued in 1920, and Oreo has branched out to the world with its different flavors, including Banana Split Cream, Coconut Fudge, Red Velvet, and Cookie Dough, among others.

The way you eat your cookie might say something about you. Kraft Foods surveyed in 2004, which focused on 2000 Oreo eaters.

The survey found that dunkers tend to be energetic, adventurous, and social. Twisters are found to be sensitive, emotional, artistic, and trendy.

Biters are easy-going, self-confident, and optimistic. Which are you?

Origins of the Name

Oreo has used a few names over the years. It first started as "Oreo Biscuits," the "Oreo Chocolate Sandwich."

It then became "Oreo Crème Sandwich," and "Oreo Chocolate Sandwich Cookie" in the 1970s.

However, the primary name Oreo, remains to be a mystery.

Oreo is considered to be the best-selling cookie with over 450 billion Oreo cookies that were sold since their debut in 1912.

Oreo New Flavor, Brownie Batter, Could Be Best Thing To Happen To Cookies ... Since Oreo [PHOTO]

6 Best Indian Restaurants to Try in the US

5 Japanese Meals You Should Try Cooking