Rejoice! Cheese Is a Guilt-Free Food After All 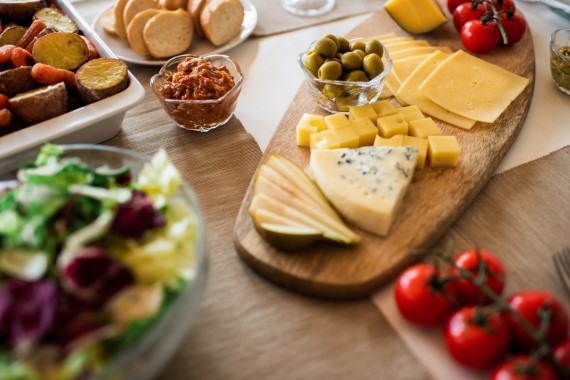 Cheese is something most people cannot resist but know deep inside that they should, given all the bad rap it has gotten through the years. It's mind-boggling delicious and all foods just taste better with a hint of cheese on it, but at the same time, experts would recommend to avoid it like a plaque because it's fattening and heart-imperiling food. How about we tell you, cheese is actually a guilt-free food?

A closer look at actual studies done on cheese concluded that cheese's polarizing reputation is actually not as straight-cut. It's not even bad, after all!

When it comes to weight and other key health outcomes. cheese is usually found to be neutral at worst. There are even researchers that suggested eating cheese can be good for the body, as reported by Wired.

One example of these studies is the 2011 paper published in the New England Journal of Medicine. The researchers of this study evaluated all types of foods - potatoes, processed meats, refined grains, yogurt, fruit, nuts and cheese to determine which ones can lead to weight loss and which ones can lead to weight gain. The first three - potatotes, processed meats, and refined grains all led to weight gain, which is not surprising.

With the existence of these studies done over the years, the question is why the notion that cheese is bad and should be avoided has not been changed.  Nutritionists still tell their clients to drop cheese if they want to see themselves drop the pounds too. A quick Google search would show more "negative" effects being written by blogs rather than the positives.

There are some experts who would pay homage to the existence of studies claiming cheese can be good and not that scary, but they keep going back to the age-old warning of it harming the heart.

"You don't have to cut cheese out of your diet, but if you have high cholesterol or blood pressure, use high-fat cheeses sparingly. A 30g portion of cheese provides seven per cent of your daily calories and there can be more salt in a portion of cheddar than in a packet of crisps," one expert said.

It remains to be seen which one people would rather believe; but if you belong to the group that believes everything is fine in moderation, then this is absolutely good news, because it just proves you are right. People who have avoided looking at mouth-watering cheese for ages can also start eating it now, guilt-free!

READ MORE: Energy Drinks Can Cause Cardiac Malfunction and it's Not Because of Caffeine