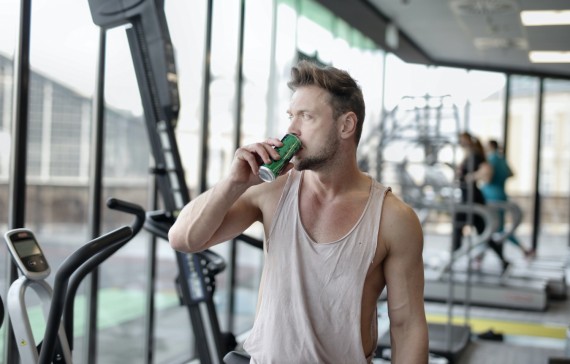 Beware of energy drinks. Energy drinks that are notable for having large amounts of caffeine and other ingredients designed to help anyone be more active longer. However, it might affect how a heart functions.

Energy Drinks Can Cause Malfunction of the Heart

While this is not surprising, a new study claims that energy drinks can cause cardiac malfunction, but it is not mainly because of caffeine, the usually suspected culprit. To be more careful about taking energy drinks is called for.

New research, to be published next month in the journal Food and Chemical Toxicology, found that heart cells exposed to some energy drinks can have adverse reactions, including speeding up the heart rate in such a way that can negatively affect cardiac function.

The researchers assessed a total of 17 widely available brands and checking how they affected the heart cells called cardiomyocytes.

Even though this most recent study utilized cells instead of human participants as its subjects, other studies have found similar results using human subjects.

READ MORE: The Queen Has Spoken: Royal Family is Forbidden From Eating These Foods

Another research published in the Journal of the American Heart Association gathered data from 34 healthy people between the ages of 18 and 40.

Half of them were given 32 ounces of commercially available energy drinks on three separate days, and half of them were not. Results revealed that those who took the energy drinks have higher QT intervals, which meant it takes so much longer for the lower chambers of their heart to prep for a beat. Some even took four hours later!

"The effects we saw were temporary, and not enough to shock the heart," explains the primary author of that study, Sachin Shah, Pharm.D., professor of pharmacy practice at the University of the Pacific. "But that said, drinking a large amount within a short period of time should be avoided, especially if you have underlying heart issues.

Caffeine Not The Issue

The cardiomyocytes had the most adverse reaction to three common ingredients in these drinks and none of them is caffeine. Instead, the theophylline, adenine, and azelate found in these drinks can cause some negative cardiac effects.

The fact that most energy drinks are not even regulated means that the amount of these three ingredients found in these drinks can be up to the manufacturers' whim.

It's difficult for consumers to really know how much they're ingesting. Additives such as these three might be grouped into the category of "proprietary blend" by the manufacturers. No ordinary consumer would delve deeper and find out what makes up this so-called blend.

The World Health Organization has repeatedly asked for caution when consuming energy drinks, but the study certainly produced a new evidence why.