The Queen Has Spoken: Royal Family is Forbidden From Eating These Foods 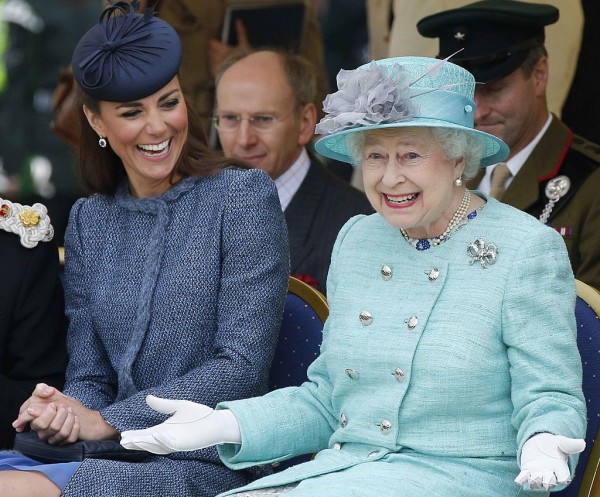 Being a part of the Royal Family may be challenging because you can't enjoy how ordinary people will enjoy them. In addition, you may be thinking of all the restrictions they might have since they have to appear nice and, of course, graceful in front of the people. But did you know that there are forbidden foods a member of a royal family cannot enjoy because the Queen does not allow it?

A perk of being a queen is that you can impose demands, and everyone will obey you. But the forbidden foods are forbidden for a reason, not just because the Queen does not want them. In case you wake up one day being a royal family member (which might not happen), here are the forbidden foods you'll be surprised by.
Read also: Royal Family's Bizarre Tradition of Getting Weighed Before and After Christmas Dinner

Although it may seem weird because these two are great ingredients when you are sautéing, the royal family cannot eat them. According to Mashed Camila Parker Bowles, wife to Prince Charles and Duchess of Cornwall shares in Master Chef Australia that garlic is not allowed because they are often required to converse with other dignitaries and the public. On the other hand, Mashed notes Darren McGrady, former royal chef, in his interview with Recipes Plus, saying that onions are allowed but not too much.

Rare meat is often served in restaurants and is an epitome of a sufficient dining experience, but the Queen would undoubtedly disagree. In a Delish report, the Queen is not a fan of rare meat mentioning that she had her roasted lamb for Easter Lunch, she requested to make the outer bits of meat as most well done. They also note McGrady's words with Okay Magazine saying that the Queen will have the first two slices.

For us average citizens, it doesn't matter what color of eggs you have in your fridge. But that is not the case for the Queen. Reader's Digest shares that Her Majesty prefers brown eggs more than white ones because she thinks they taste better.

McGrady shares with Mashed that the Queen is also not a fan of starchy foods, such as potatoes, pasta, and rice. However, they can eat it on special occasions. They add that this does not apply to the other royals, but this certainly applies to the Buckingham Palace where she stays.

Out of Season Fruits and vegetables

Delish takes note that McGrady shared with Recipe Plus the Queen loves fruits and vegetables in season. McGrady notes that they can bring strawberries during the summer and even incorporate it in her menu, but that is not the case if a strawberry is served in January. He adds that the Queen doesn't like that and may say, "don't dare send me genetically modified strawberries." This means that her Majesty is a fan of the freshest and quality produce.

The Royal Family may seem strict because of the forbidden foods, but they are royals and public figures. They must uphold their nation and represent their constituents. In a way, we can be thankful that we don't have food restrictions.

WATCH: Foods The Queen Forbids The Royal Family From Eating from Mashed

Is Your Child in Danger? Experts Explain Truth About Heavy Metals in Baby Foods

National Pizza Day 2021: Here Are the Best Pizza Deals and Freebies You Can Get