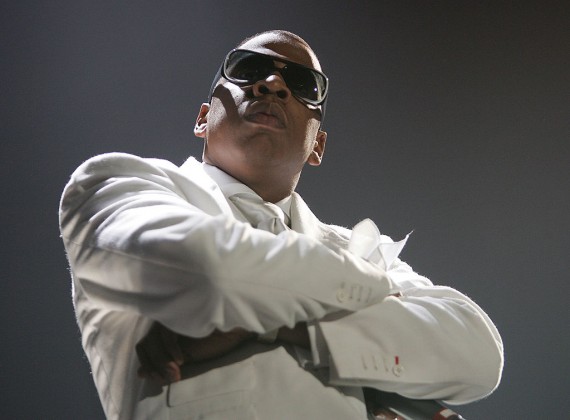 Jay-Z has sold half of the stake to his champagne brand, Armand de Brignac, to the renowned luxury group LVMH. It remains to be seen how their partnership can set out a new era.

According to the New York Times, Beyonce's husband and top-charting rapper has allowed 50 percent of his champagne brand, Armand de Brignac, also known as Ace of Spades, to be acquired by the French conglomerate. It's a deal no one had seen coming.

Though the financial terms of the new partnership have not been publicly disclosed, it was already reported by the Times back in 2018 that half of Armand de Brignac has a massive value of $250 million. One can only expect it to have grown so much more since then. The calculation at the time was largely based on Jay-Z's verse in his renowned track with Meek Mill, "What's Free."

For those who are unaware, D'Ussé is the brand of cognac Jay-Z owns apart from Bacardi.

Based on the New York Times report, the partnership between the hip-hop mogul and the luxury company just naturally took place. There was no forcing each other to become partners overnight. Instead, the two have been very eager to see their partnership being the key to fierce competition with other luxe champagnes.

Their partnership means they can take other luxe champagne brands head-on, some of the most notable being Dom Pérignon, Moët & Chandon, Ruinart, Krug, and Veuve Clicquot.

The business deal came at a questionable time however, since it is too big of a move in the middle of a pandemic. The champagne industry has been greatly affected by the still relentless COVID-19 crisis, which saw its sales dip alongside the vanishing of events where people usually celebrate with drinks.

A decline in events, celebrations, and the wreckage of the restaurant industry caused by the distancing and lockdown measures required during the COVID-19 pandemic, per WWD, naturally mean champagne will not be on top of many people's grocery lists these days.

Still, given the revolutionary leaders involved in the deal, they probably saw an opportunity that no ordinary humans would have.

"We had been following its success over the last few years and we thought, this is crazy. Most Champagne brands see very modest growth, and he was just shooting up through the ranks. We tasted the Champagne and we said, yes, there is something to be done together," said Philippe Schaus, the chief executive officer of Moët Hennessy.

"We are already global leaders with our prestige Champagne brands-Dom Pérignon, Krug and the prestige cuvées of Veuve Clicquot and Ruinart," he added. But to be part of Armand de Brignac's story meant they could be adding another niche and will have the chance to revolutionize the whole prestigious industry further.

"it's a great complement to our portfolio," he added.

The deal pleased Jay-Z's mother-in-law greatly, who was compelled to write a love letter to him following the news.

Beyoncé's mother praised the hip-hop star and entrepreneur in a lengthy letter posted to her Instagram on Feb. 22. Apart from praising him for all the other great things he has done for her and the music industry, Tina Knowes-Lawson said that the whole deal just showed how "bad a**" the musician is.

"One thing that I've noticed about Jay is that he doesn't let what people say bully him into not doing the things that he knows are right," she wrote at the end of her lengthy IG post. "Jay I salute you and your Latest venture ... You are a bad a** brother and I hope that you continue to pave the way for others like you have in the past!!," she added.

For that to come from his wife's mom must be a big deal. After all, Jay-Z once admitted to cheating on Beyonce.

Jay-Z and Beyonce tied the knot in April 2008, and now the parents of daughter Blue Ivy and fraternal twins Rumi and Sir. In past interviews, Jay-Z confessed to have cheated on Beyoncé.