5 People Dead, Hundreds - Including Children - Sick Because of Chicken Nuggets 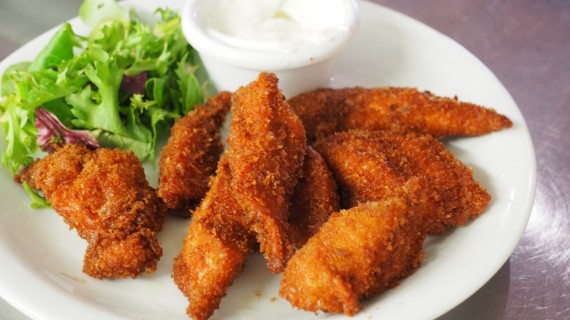 The contaminated meat avoided scrutiny because they were turned into cheap frozen nuggets and other breaded chicken products. These products were then marketed all over the UK in 2020.

Reportedly, 480 people were known to have been poisoned with salmonella. Over 30% of them became so sick; they required hospital treatments.

The fact that even children were affected says a lot about what happened.

Parents sometimes opt to buy chicken products because they act as a cheap and easy meal for their children. Chicken nuggets are quick to prepare, and often foods children truly enjoy. As high as 44 percent of victims were allegedly aged 16 or under.

Among the five deaths, public health watchdogs reportedly revealed that salmonella infection had been recorded as a contributory cause of death in at least one. This confirms the salmonella poisoning angle.

For those who did not die because of salmonella infection, however, the reason remains vague.

Public Health England refused to give any details on the age, gender, or location for the fatal group, potentially leaving bereaved families in the dark about what truly happened.

The Food Standards Agency (FSA) has already acted upon the food emergency by warning over the consumption of two SFC chicken products. Notably, these two products have used packaging that looks a lot like KFC's Take Home Boneless Bucket and Chicken Poppets.

One can note that these recalls might already be too late.

The SFC products have been already on sale for months via Sainsbury's and Morrisons. On the other hand, Vestey nuggets had been on Heron Foods stores, B&M, and B&M Express for months, as well.

These recalls are allegedly associated with other similar products that can be bought via Lidl, Aldi, and Iceland back in October, when they were recalled.

According to the Daily Mail, children used for these supposedly child-friendly food products came from Poland. The country has already been linked to two strains of the salmonella food poisoning bug.

Since the beginning of 2002, several European countries, including Ireland, have issued close to 100 warnings about salmonella in chilled and frozen poultry from Poland.

According to the Head of the Gastrointestinal Pathogens Unit of PHE's National Infection Service, Saheer Gharbia, "Salmonella generally causes a mild illness, although vulnerable groups like children under five years, the elderly, and those with weakened immune systems may experience more severe illness and may require hospitalisation."

She added, "symptoms of a Salmonella infection include diarrhoea, stomach cramps and sometimes vomiting and fever. Anyone who is concerned about symptoms should contact their GP or out of hours service in the first instance."

It is believed that there were already cases of salmonella infection reaching potentially thousands that have occurred across the Continent over the past year.

Some claimed that this shows signs of weaknesses in Britain's food safety and surveillance system. Many are now asking, had the system been more foolproof, the outbreak and deaths could have been prevented.

READ MORE: Energy Drinks Can Cause Cardiac Malfunction and it's Not Because of Caffeine