What's with Airline Food and Why do They Taste Like Cardboard? Science Explains Why

It has been a long running topic that in-flight food usually doesn't taste good. Some flyers would just be contented with how the food is served but for most people they would like to have a well prepared meal during long flights.

According to Market Watch, customers usually find airline food lacking flavors, even saying that this type of food tastes like cardboard.

Many airline companies have tried many different strategies in order to improve the quality of food that they serve in the flight. They have gone to the extent of hiring celebrity chefs or being partners with famous food brands. Despite all these efforts, one out of four American passengers say that the quality of in-flight food is still poor, this data is according to a survey of 1,000 adults by YouGov Omnibus. 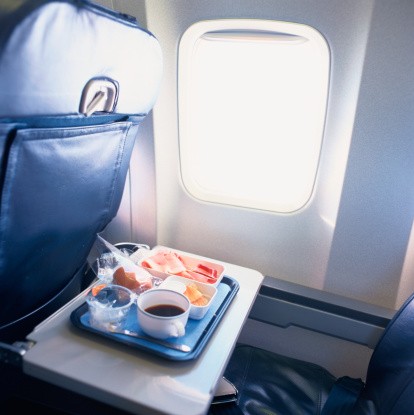 A new study from a team of researchers from Cornell University said it's not their fault entirely. Robin Dando, assistant professor of food service at Cornell and a co-author of the study said that the multisensory properties of the environment where we eat our food can alter or change the perception of the food we eat. More specifically, they found that people's taste was compromised especially in loud environments like the plane. For sweet flavored foods, when exposed to loud noise condition, it resulted to the sweet sense being dulled.

There were other studies that have the same conclusion, like the one in 2010 that reported that sweetness and saltiness were lower in loud environment compared to the quiet places. To sum it all up, the food consumed in loud places seemed blander than when it is consumed in more quiet places. In some cases, the loud noise on the place can also enhance food taste like the umami flavor which is usually enhanced in mid-air.

Still, the food from most airlines tend to be "incredibly mediocre," says George Hobica, the founder of AirfareWatchdog.com. "You get a tasteless meal, dry and no flavor, you wonder: why do they even serve this."