Uber News: UberEats is Coming to the US

The car service company is setting up to launch 'UberEATS', a stand alone app that will enable its users from Los Angeles, Chicago, New York, Austin, San Francisco, Washington D.C., Houston, Seattle and Dallas to utilize their food delivery services, The Wall Street Journal reports. To serve its purpose, the said service will onlu be available during lunchtime. 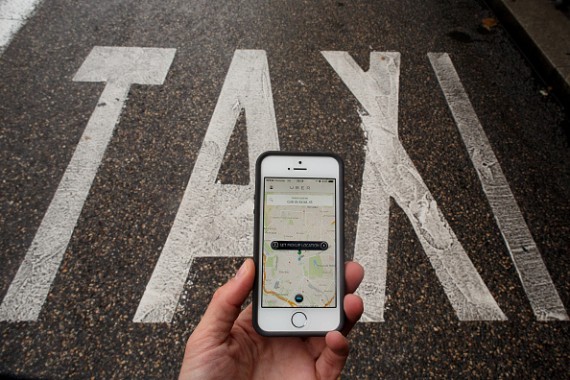 MADRID, SPAIN - OCTOBER 14: In this photo illustration the new smart phone taxi app 'Uber' shows how to select a pick up location next to a taxi lane on October 14, 2014 in Madrid, Spain. 'Uber' application started to operate in Madrid last September despite Taxi drivers claim it is an illegal activity and its drivers currently operate without a license. 'Uber' is an American based company which is quickly expanding to some of the main cities from around the world. (Photo by Pablo Blazquez Dominguez/Getty Images)

Uber Technologies Inc. made this breakthrough possible through the company's partnership with various restaurants from the different cities mentioned above.

It is expected to be available for download for both iOS and Android users by the end of March 2016. For over a month, Uber has been testing their planned expansion through the separate app in Toronto. In recent years, the company has had mixed results when it tried its hand at local logistics, transporting everything from designer suits in New York to toothpaste in Washington, D.C.

Sidecar Technologies Inc., one of Uber's competitors in the ride-hailing industry has previously experimented with such service, delivering not only food but also packages to availing customers. The company has shut down last month. In a blog post, Sidecar co-founder and Chief Executive Sunil Paul said his company "out-innovated Uber but still failed to win the market...because Uber is willing to win at any cost and they have practically limitless capital to do it."

How to Make Food Preserves: A Guide for Beginners

Food Preservation: Why Should We Do It?

6 Cooking Techniques Every Foodie Should Know