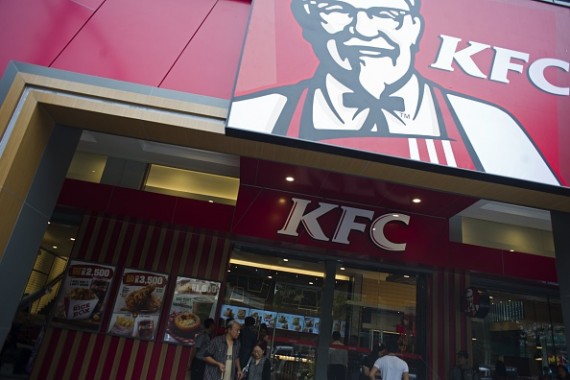 It's an urban legend that has been around for a long time, but you may want to think twice now before making another meme about it.

In their official statement, Xuhui District People's Court ordered Yingchenanzhi Success and Culture Communication, Taiyuan Zero Point Technology and Shanxi Weilukuang Technology to issue an official apology and to pay up a combined amount of 600,000 yuan, or $91,191. Yum initially asked each company to shell out 1.5 million yuan ($227,977) each for damages to its name.

"We brought suit against these individuals for making false statements about the quality of our food and we are pleased with the outcome," Cindy Wei, a China-based spokeswoman for Yum, said in emailed comments sent to Reuters.

The controversy started with a fake photograph that went viral sometime in 2013, showing images of horribly deformed chickens allegedly bred by KFC. It bore false captions like, "These so-called 'chickens' are kept alive by tubes inserted into their bodies to pump blood and nutrients throughout their structure."

"They have no beaks, no feathers and no feet. They grow with multiple legs and wings on one 'chicken.' Their bone structure is dramatically shrunk to get more meat out of them. This is great for KFC because it saves them money for their production costs," said another hoax story.

The original artist of the photo has since claimed responsibility for the photo, which he said was not intended to deceive.

Earlier this week, another food scandal in 2014 that involved KFC and its rival McDonald's came to a close after a Chinese court fined US food supplier

, OSI Group, and ordered jail terms for ten of its executives over accusations of reusing returned products to cut down losses.