$1000 Ranch Dressing On Display Since 2014 Sold In Dallas Pizzeria 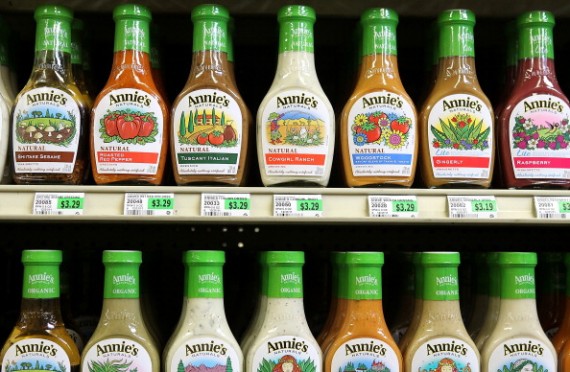 BERKELEY, CA - MARCH 28: Bottles of Annie's Naturals salad dressing are seen displayed on a shelf at Berkeley Bowl on March 28, 2012 in Berkeley, California. In its trading debut, stock shares for organic and natural food maker Annie's Inc. surged as high as 77 percent to $33.54 per share after an IPO of $19 a share.
(Photo : (Photo by Justin Sullivan/Getty Images))

A man spent $1000 for a ranch dressing in Dallas, Texas. In 2014, Cane Rosso, a Dallas pizzeria made viral headlines when they displayed and charged $1000 for a Hidden Valley ranch dressing. Since then, the overpriced dressing stayed on display because no one dared shell out a thousand dollars for a bottle of ranch dressing. And to the surprise of many, the famous dressing was sold last Monday.

It all started as a joke when Cane Rosso pizzeria owner, Jay Jerrier thought it would be fun to hang a huge ranch dressing in their shop and labels the price at $1000.  "It's weird, it always seems to be young, college-age girls that ask for it," said Jerrier in an interview with Eater.

Although it only costs $2 to $3 dollars in a grocery store, a man still purchased the dressing for a staggering $1000. Josh Tipton admitted that he had his eye on the ranch. "It's so legendary. I've kind of always thought about buying it. I never thought I'd have the opportunity to," Tipton said in an interview with KTVT-TV. In a report by NBC4i, Beth Moore of Cane Rosso said: "Never in a million years did we think someone was actually going to buy the bottle of ranch".

The ranch dressing might have been over-priced, but it was sold for a good reason. A fire at Humane Society where dogs were killed inspired the restaurant to ask for donations.  That's when Tipton, a dog owner himself, said it was finally time to buy that old bottle of ranch.

It turns out the man who bought the ranch, is not out of his mind after all. It's a donation drive for the benefit of Humane Society and it sure looks like it was worth it. "Only in Texas, only in Dallas could you spend $1,000 on a bottle of ranch," said Tipton in NBC4i report.

Tipton, who bought the ranch wanted to make an impact. He wanted to be an inspiration so that people can follow his lead in giving help where it is needed.

Things to Know About a Gluten-Free Diet

A Beginner's Guide to the Keto Diet