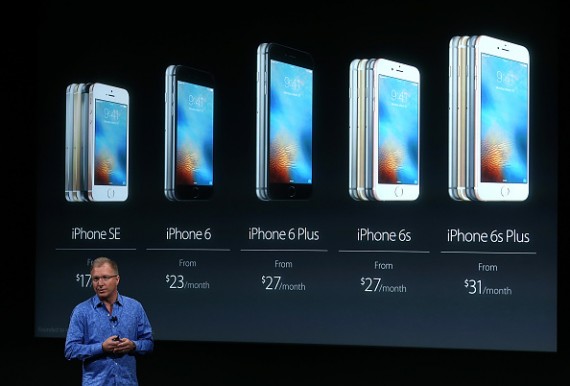 CUPERTINO, CA - MARCH 21: Apple VP Greg Joswiak announces the new iPhone SE during an Apple special event at the Apple headquarters on March 21, 2016 in Cupertino, California. The company is expected to update its iPhone and iPad lines, and introduce new bands for the Apple Watch.
(Photo : Photo by Justin Sullivan/Getty Images)

Today's gadgets are virtually everywhere and constantly demanding attention. People instinctively reach for them upon waking up in the morning and take them to bed at night when they sleep. Their backlit screens are probably the first and last thing most people see every day.

Unfortunately, those last-minute glances to their gadgets could be costing them some restful sleep, and with it, a host of related health problems.

According to a Nature article by Dana Smith, the unusually bright glow of backlit screens could be causing the bouts of restless nights modern humans are prone to experience. Smith cites several studies showing that the light from LED screens inhibits the secretion of melatonin. Since melatonin is the hormone regulating the wake and sleep cycle, disruption of its nighttime secretion results to poor sleep quality.

So how does one solve the wrecked sleeping pattern caused by these seemingly unavoidable gadgets? Apple might have a handy solution to this problem which does not require one to totally turn off their devices at night.

Together with its latest iOS 9.3, Apple recenlty introduced a new setting called Night Shift, according to a CNNMoney article by Heather Kelly. The new setting changes the color spectrum released by the iPhone's or iPad's screens - towards the red end of the spectrum. With this subtle shift, the screens do not emit as much blue light as before and, as as a result, do not disrupt the body's release of the important hormone melatonin.

In case one is wondering what the Night Shift mode looks like, Kelly likens it to an "overzealous Instagram filter", but assures that the screen should still be readable.

Not to be outdone, Google is likewise tinkering an Android version which is still in its testing phase.

Is this finally the solution to all these technologically-induced sleep deprivation? Probably not the perfect solution but it's a start, according to Dr. Mariana Figueiro of the Rensselaer Polytechnic Institute.

Figueiro suggests that it's actually not just about the color of light that is depriving people of their sleep. A major contributory factor is also the intensity of the light source according to Figueiro but she conceeds that the Night Shift mode is better than nothing.

In addition to the new Night Shift mode, Figueiro suggests that people should manually tone down the intensity or reverse the screen's polarity so that the screen stays black and only the texts are white.