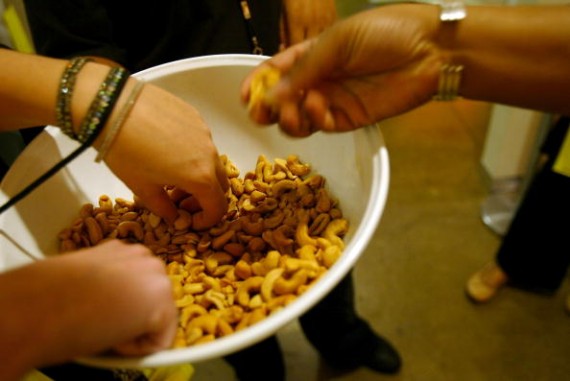 Food manufacturer Snyder's-Lance, Inc. announced a voluntary recall of its Emerald 100 Calories Pack Roasted & Salted Cashew Halves & Pieces product citing a possible presence of small pieces of glass. However, the recall is only limited and covers only the specific production codes of its Emerald 100 Calorie Pack Roasted & Salted Halves & Pieces 7 Packs / 0.62 oz according to a Food Safety News article.

The recall was done after a consumer complained of finding glass in the products.  In the company's press release, "We are taking this action out of an abundance of caution after receiving consumer complaint," according to an article from The Morning Call by Eileen Faust.

For now, it is speculated that the small glass pieces came from a specific lot code from one of the company's numerous suppliers. However, the company is still in the process of verifying this possibility at the moment.

Fortunately, no injuries were reported in connection with this recall.

Consumers who may have purchased the affected product may contact the company's Consumer Affair though their website www.emeraldnuts.com/contact-emerald or call their contact numbers 503-364-0399 between 8 am to 5 pm Pacific Time from Mondays through Fridays to have their purchases refunded.

To verify, look for the production code on the cartoon or inner package which is located next to the nutritional facts panel.

Products not covered in the recall order are safe to eat.

Snyder's-Lance, Inc. is the United State's second largest salty snacks maker and was created with the merger of two companies, Lance, and Snyder's of Hanover, in 2010.