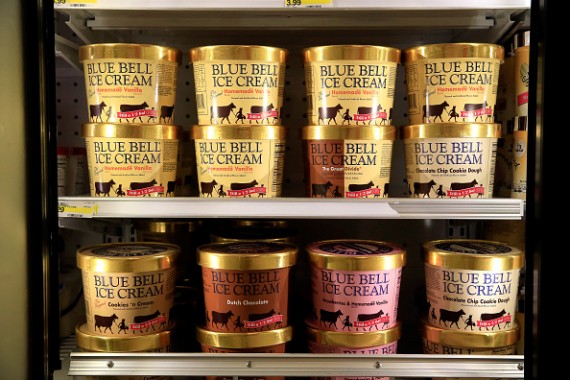 Notably, last April, Blue Bell recalled all of its ice cream and shut down its production for four months. It came close to collapse before resuming sales in August.

The ice - cream company has reportedly, recently tied the listeria outbreak to a floor drain, which spread the bacteria to the ice - cream manufacturing equipment at the company's plants.

The bacteria was then likely transferred to its main plant in Brenham, Texas, and later came in contact with the ice cream products, according to The Daily Meal.

After the alleged contamination, the company overhauled its health and safety testing by expanding the sanitation program, and added 800 employees to its testing plant, sending samples to labs for testing and providing extra employee training for proper safety.

"We identified and implemented specific corrective actions to address the likely source, and adopted comprehensive facility-wide programs to enhance our overall ability to confront any possible sources of contamination," Blue Bell spokesman Joe Robertson said Sunday in a statement.

Additionally, Blue Bell has also admitted to Food and Drug Administration Authority (FDA) that it has not identified all the sources of a listeria outbreak, and hence will continue to investigate even as new health and safety measures are put into place.

Blue Bell, one of the biggest U.S. ice cream makers, told the U.S. Food and Drug Administration in twin reports dated Feb. 12 that listeria likely spread via a drainage system at its facility in Broken Arrow, Okla., while numerous pieces of equipment likely harbored the bacteria in its main Brenham, Texas, plant, according to Fox News.