Five Months After Its Opening, Can Domino's Really Compete In Italy? 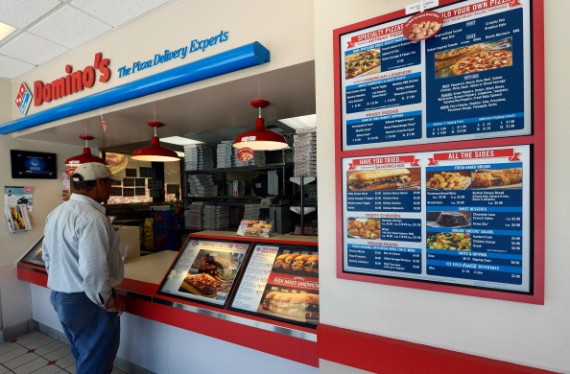 It's a bold move even for a pizza giant like Domino's. Many were surprised when Domino's opened its first Italian outlet in October last year, a market where no American brand dared to venture before.

Domino's Pizza is a global market player, ranked number 2 in terms of market size and second only to Pizza Hut. It enjoyed$8.5 billion annual sales in 2014 and maintains 11,629 locations spread across the globe says Pizza Today. Yet, its relatively recent entry into the Italian market was met with skepticism even among industry insiders.

Why? It is because of the fact the pizza was invented in Italy. And there is that little problem with taste; the Italian palate might be a lot different than the Americans when it comes to their pizza.

Yet, Domino's has an ace up its sleeve. Well, three actually. Firstly, Domino's actually made a thorough study on the market and found that Italians have a lot to complain about the service they are getting from the home -grown brands reports Fox News. And this is where Domino's American service model shines, with its emphasis on online ordering capability, order tracking and timely delivery.

Another thing working for Domino is that it can't be avoided that a lot of Italian's would be excited to try new pizza flavors. Pizza flavors new to the Italian palate like ham and pineapple pizza, barbeque chicken topped pizza and its garlic bread and sauces would surely intrigue even the most traditional of palates. And some of them are bound to get hooked on the new flavors. In fact, a woman interviewed by Fox News probably mirrors the typical Italian's first Domino's pizza experience. "Domino's is strange pizza, but we like it," she said.

And lastly, while Domino's is an American brand, the pizzas coming out of its Milan kitchen are actually more Italian than American. Allessandro Lazzaroni, Domino's Milan franchisee, told ABC News that the ingredients are from Italian producers, the recipe they use for the pizza is an original creation and they use authentic mozzarella and 100 percent tomato sauce.

Now, six months after its opening, Lazzaroni is planning to open up to a dozen Domino's outlets in Milan by yearend reports Fox News. While it may not dislodge well-entrenched Italian rivals in their home market, the American pizza-maker certainly made its presence felt.