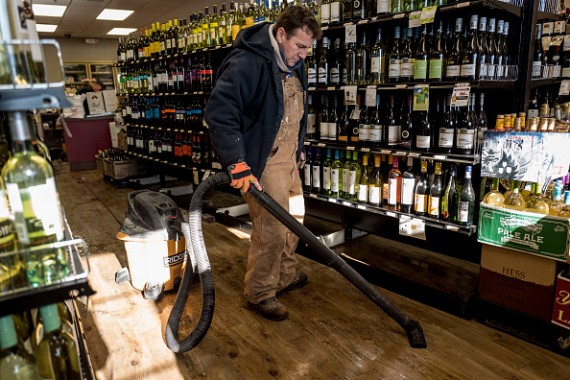 There is no universal guideline on how much daily alcohol intake is considered safe. Each country has its own recommendation on what the safe dosage.
(Photo : Photo by Andrew Renneisen/Getty Images)

One might be over the daily alcohol limit or not is actually a relative question. The reason for this uncertainty is that daily maximum alcohol limit recommendations vary greatly from country to country.

For example, two to three drinks in one day is considered safe in the United States but is already considered over the maximum daily limit in some countries such as Sweden and Germany, reports FoxNews. Apparently, an amount of alcohol considered safe in one country may be considered unhealthy by another due to the differences in alcohol guidelines between different nations.

In case one is wondering how much a drink of 14 grams of alcohol could be, it is about a 12-ounce of beer or a 5-ounce glass of wine. Not too bad, considering that U.S. guidelines allow for two of these 12-ounce beers daily. But still, one can't help but feel a little bit envious for those lucky Austrians.

By comparison, Chile and the U.S. are very generous to their citizens' alcohol habits. In a single occasion, Chilean and American women may drink 42 grams of alcohol - around three standard drinks - and their government would still consider that safe. Their male counterparts are allowed up to 56 grams of alcohol on a single occasion which translates to around four standard drinks.

Some of the most notable findings include:

1.There are countries that have the same recommendations for both men and women (South Africa, Granada, Portugal and Australia).

2.Some countries are more festival-friendly, allowing for adjustments in drinking recommendation limits for special occasions.

3.The United States actually have two guideline which can be confusing.

Clearly these glaringly inconsistent guidelines lead not only to confusion among the drinking public but would also cast a doubt on their accuracy. Clearly, alcohol limits do not need to be that different among the different part of the world because people have basically the same physiology. For now, drink safely, whatever that might mean.