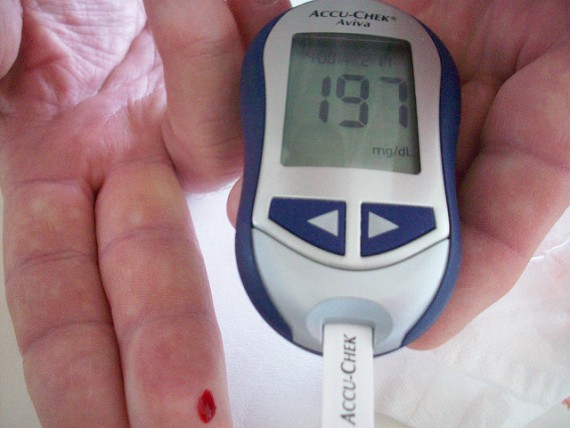 Asian Americans have a higher diabetes risk than other ethnic groups in the U.S.
(Photo : Photo by Allsha Vargas/Flickr CC)

Dr. Ronesh Sinha knew what kind of patients are more likely to be diagnosed with diabetes.They love fast food and soda, sedentary and are usually middle aged. However, when he opened his clinic in Redwood City a decade ago, his diabetic patients were different from the usual mold. They were younger, slimmer, ate healthily and regularly hit the gym. His interest piqued, he decided to investigate the matter closer and found something in common; they were all Asian Americans.

Fresh from his medical training, Dr. Sinha thought that the trend he observed must just be an anomaly, reports LA Times. However, recent studies now back his observation that Asian Americans seem to be at a higher risk of developing diabetes compared to other groups and it is partly due to genetics.

There is a well-established link between obesity rates and diabetes. People who are obese have a higher risk of developing the disease as well. However, data within the Los Angeles County seems to challenge the theory. Asian Americans in this area are ranked lowest in terms of obesity, with only 9 percent of the population considered obese while 18 percent of whites are obese and 29 percent for blacks and Latinos.

Based on the old model, Asian Americans should have the least cases of diabetes. However, the diabetes rate for Asian Americans, at 10 percent, is even higher than whites which only is 7 percent. Clearly, if obesity is linked to diabetes, there has to be another factor at play.

Recently, scientist found that weight alone may not be sufficient to predict diabetes risk. It seems that the proportion of fat to weight might be a more accurate factor to consider when assessing one's diabetic risk, especially among Asian Americans.

Why are Asians different? Asians are genetically disposed to be skinny compared to other groups. However, while an Asian's weight may not qualify the person to be classified as obese or even overweight, the same person might have enough body fat making him or her at a greater risk to become diabetic.

Asians tend to have lesser muscles and greater fat. For this reason, if an Asian American and a European have the same weight, the Asian American is more likely to have more body fat due to their lesser lean muscle mass, a phenomenon now termed as skinny fat. In turn, this makes them more at risk for the disease.

Another factor that might be working against Asian Americans is their dietary shift; their diet is now Westernized. Traditionally, Asian cuisine is low fat and high in fiber which helped prevent diabetes in the past, according to Joslin Diabetes Center.

However, as Asian Americans are now embracing the American way of eating with its preference for processed foods high in fat, sodium and calories, their health suffered as well. This is especially troublesome when in comes to diabetes since they also have their genes against them making them twice as likely to have the disease.

Diabetes is preventable. But this only works if one is prepared beforehand. Since being fat no longer works as an indication of risk among Asian Americans, everyone - including the skinny ones - must suspect themselves to be high risk.