Starbucks Will Donate Unsold Food: An Effective Way To Address Both Hunger And Food Waste? 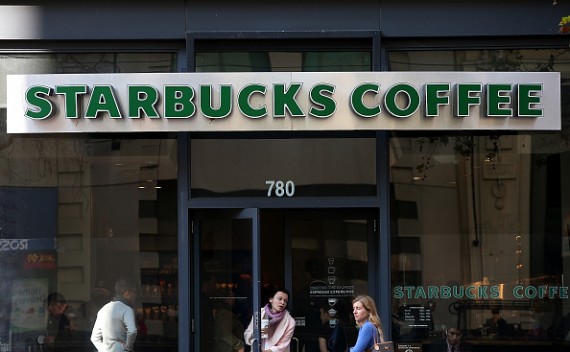 Starbucks introduces FoodShare, its donation program what will donate all unsold food to charity.
(Photo : Photo by Justin Sullivan/Getty Images)

After years of research, Starbucks announced its plan to donate all unsold food from its U.S. outlets. This comes after the Seattle-based coffee giant has finally worked out a way to ensure that its unsold food remains safe to eat.

The company announced last March 22, 2016 of its new donation program named FoodShare, where the company plans to donate unsold ready-to-eat meals from its more than 7,600 outlets across the U.S. according to its website. Under FoodShare, Starbucks partnered with Food Donation Connection and Feeding America to distribute the meals.

While the United States is one of the richest countries in the world, an alarming 14% of American households or 17.4 million households face food insecurity due to poverty, reports Feeding America. These 17.4 million households are comprised of 32.8 million adults and 15.3 million children or a total of 48.1 million Americans who live in homes where regular meals are uncertain.

Starbucks' Foodshare will definitely help in addressing a significant portion of these families. On its first year, the company estimates that the program will be able to provide almost 5 million meals to nourish these families and individuals. The company has even plans to further upgrade its donation program where by 2021, it projects that a total of 50 million meals will be donated.

The company had long-ago wanted to donate its unsold food to charity. However, the concern was that the food items, most of which are perishables, might be spoiled by the time they reach the intended recipients and may cause more harm than good when eaten. Fortunately, the company found a solution to this problem. Starbucks brand manager Jane Maly said in a statement that they team focused on temperature control to make sure that the surplus food is still safe to eat, reports Fortune.

Through its FoodShare program, Starbucks was likewise able to address food waste. If left to a landfill to rot, the decaying wasted food could release methane into the atmosphere, a gas that is even more destructive the CO2 in terms of greenhouse effect. Currently, around 70 billion pounds of food are wasted annually in the U.S. alone.