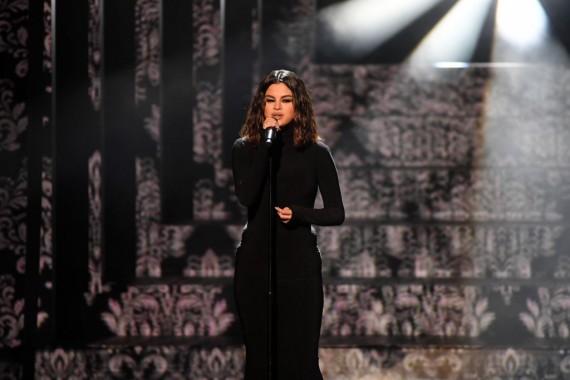 Fans will get a chance to have a taste of Selena Gomez's cooking with her new HBO Max Series "Selena + Chef."

Gomez's cooking show dropped its first trailer on Aug. 5, giving the audience a hint on what type of cook is Selena and what the dishes she has on her mind.

The 10-episode series will be arriving on the streaming service's platform on Aug. 13. This promises homemade gourmet meals through the help of the culinary world's big names such as Angelo Sosa, Antonia Lofaso, Candice Kumai, Daniel Holzman, Jon & Vinny, Ludo Lefebvre, and Nancy Silverton among others.

"Hi, I'm Selena Gomez, and I really love to eat, but I'm not the best cook," was quoted in the "Selena + Chef" trailer.

Gomez added that she asked the best cooks in the industry to help her.

Some of the creations that Gomez will be cooking are omelet, spicy miso ramen, Korean breakfast tacos, seafood tostada, Hawaiian donuts, matcha chocolate chip cookies, tomato bruschetta, and cheese souffle. All these were done through a video chat with well-known chefs.

Who will be the taste testers, you ask? None other than Gomez's grandparents and friends guest stars. However, the chefs will be the judges of the pop star's cooking skills.

Lofaso revealed that she was concerned at first that Gomez will burn the house down.

"During our cook, I was generally concerned that there was going to be an oil fire," Lofaso was quoted in a Billboard report.

"Selena + Chef" was first announced in May. Gomez said during the initial announcement that being a chef has always been her alternative career choice.

It might be a dream come true for the pop star, now that she has all the ingredients and formal help. Gomez also highlighted a food-related charity in each episode of the cooking show.

"I really thought this was something that would be light-hearted because I was definitely getting down with everything going on," Gomez explained during a virtual press conference.

She added that she wanted to the HBO Max series simply because she loves cooking. She said that she was always vocal about her love for food.

"I think I've been asked hundreds of times in interviews if I had another career, what would I do, and I've answered that it would be fun to be a chef. I definitely don't have the formal training though!," Gomez was quoted in a People report.

Gomez said that while at home, she finds herself cooking more and experimenting in the kitchen.

The singer-actress later revealed that the most challenging dish she made in the series was the octopus dish.

Gomez said that she did not like doing that, adding that that is one thing she is okay on never doing again in her life.

The network said the with social distancing being practiced, Selena has been spending more time in the kitchen, adding that the singer-actress has many talents, but it remains to be discovered if cooking is one of those.

HBO Max said that the series would represent the struggles and joys of learning to cook while inviting the audience to do the same at home.