Woman Spreads COVID-19 at Starbucks: Surprisingly, No Employees Got Infected

An unnamed  infected woman with COVID-19 visited a Starbucks shop in Paju, South Korea, earlier this month and spread the virus to fifty-six other people who attended the store.

According to a Korean news site, Insight, the woman stayed in Starbucks for more than two hours drinking coffee and chatting with friends. The virus-carrier chatted with friends and was not wearing a face mask while she was drinking her coffee. 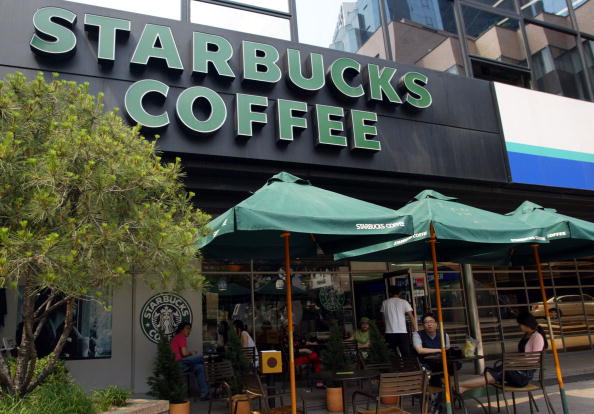 (Photo : Chung Sung-Jun)
NTS Launches First Tax Audit Of Starbucks Korea SEOUL, SOUTH KOREA - MAY 31: Customers sit outside a Starbucks coffee store on May 31, 2006 in Seoul, South Korea. The National Tax Service (NTS) has launched its first Tax audit of Starbucks Korea since its establishment in 1997.

The two-story establishment with six ceiling-mounted air conditioners is where the woman stayed at that time when she was already infected with the coronavirus. The infected woman spread the virus to fifty-six other people who visited the store.

The reasons for the Starbucks outbreak are beyond evident, as per BGR. The woman drank her coffee in the store without a face mask, and the air conditioning spread aerosols and droplets she exhaled all over the store. Anyone who took off a mask to drink coffee or if anyone won't wear a mask at all has the high-risk of exposure.

However, four Starbucks employees were in the store the entire time the woman sat in the store. And several employees even had close contact with her, but not one of the employees caught the virus from the super spreader.

All of the employees wore face masks during their shift, as per Fox News. Paju Government spokesperson told Bloomberg that the patrons are likely more at risk because they removed their masks to eat and drink.

Jung Eun-kyeong, head of the Korea Centers for Disease Control & Prevention, told Yonhap News Agency, "The virus may spread where people can't wear masks while eating or drinking tea, as witnessed at the Starbucks in Paju."

"Even if infections did not occur via aerosol transmission, droplet transmission is also possible in a confined space. The virus could have spread via hand contact," Jung Eun-kyeong added.

South Korea was touted as a success story in controlling the virus toward the start of the pandemic. The country was said to have intense testing and contact tracing efforts as a model for other countries grappling in taking control of the widespread COVID-29 infections.

As per Reuters, South Korea has since experienced a surge in coronavirus cases specifically in Seoul, South Korea's capital, where the officials mandated masks to be worn indoors and outdoors for the first time on Monday. According to a BBC report, the rise of cases in Seoul led to the closure of all schools and kindergartens in the city.

Meanwhile, South Korea authorities said that the country reported its most significant coronavirus cases since early March, with 17,399 cases and 309 COVID-19 deaths, on Sunday.

Trump to Add $1 Billion to Food for Families Program

Food Stamps AKA SNAP: How to Apply