The fast-food chain battle continues to heat up as Wendy's promises a crispier and juicier version of their fried chicken sandwich.

However, Wendy's took the lead with its all-new fried chicken sandwich. On Thursday, the fast-food chain announced the nationwide rollout of its Classic Chicken Sandwich.

Chief Marketing Officer for The Wendy's Company, Carl Loredo, expresses his excitement over offering the newest Classic Chicken Sandwich to their customers. He further states that it has a perfect crunch from its breading and pickles. 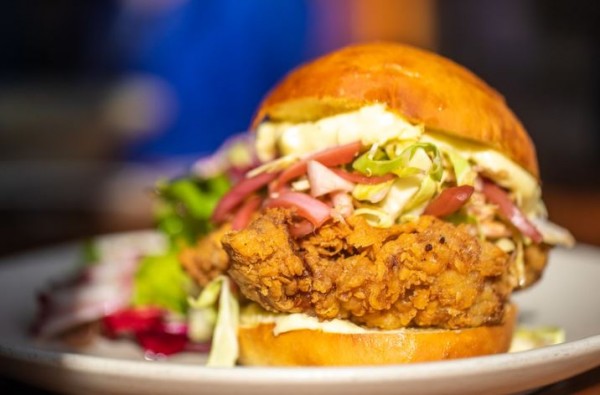 This is complemented perfectly with the juiciness and flavor of the fillet. In an additional statement, he said, "The Classic joins what customers have already come to know and love in spice and taste from Wendy's via our Spicy Chicken and Pretzel Bacon Pub Chicken Sandwiches."

According to QSR Magazine, the new Classic Chicken Sandwich features a premium all-white chicken breast meat that is juicy and crispy. It is then layered with mayo, pickles, lettuce, and a slice of tomato.

All of this crisp and juicy goodness is sandwiched between a warm, premium toasted bun. The Classic Chicken Sandwich is said to replace the Homestyle Chicken Sandwich, which has been on Wendy's menu for the past ten years.

Additional reports from Thrillist says that the upgraded chicken filet on its premium chicken sandwiches. This translates to fans being able to enjoy the new and upgraded versions of Bacon Jalapeño Sandwich, Asiago Ranch Chicken Club, and Pretzel Pub Chicken Sandwich with the latest crispy fillet.

The new Classic Chicken Sandwich is now available at Wendy's American restaurants for $ 4.99. Wendy's also offers a $ 2 discount for a limited time for customers using the Wendy's app.

As a result, other fast-food chains have been responding with their own versions. McDonald's and KFC are both promising new chicken sandwiches.

Reports from CNN states KFC tested a new, premium chicken sandwich called the KFC Chicken Sandwich. However, a company representative said it's still evaluating the results before it possibly launches it nationwide.

On the other hand, McDonald's has done the same and tested a crispy chicken sandwich with a potato roll in two U.S. cities earlier this year. McDonald's aims to bring in more customers and better compete with their rivals using the new version of the chicken sandwich.

The current beef shortage could also be a result and a contributing factor why there is an increased demand to sell mostly chicken products. Wendy's has since added various grilled and fried chicken sandwiches to its menu over the past year.

Why Do People Faint and How Is It Prevented?