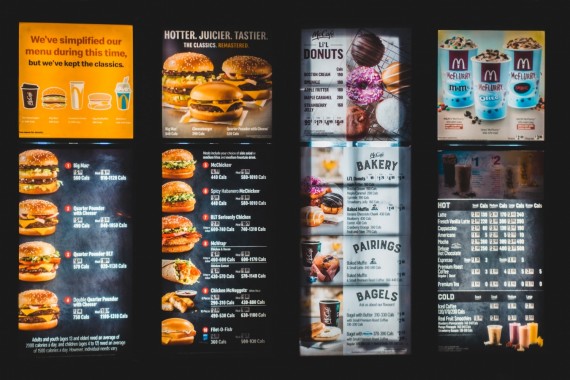 From Chicken McNuggets to breakfast platters, who would have thought that these are the worst McDonald's food items you can order (for your health, anyway).

Over the past years, McDonald's has become one of the largest establishments in the world of fast-food chains.

It has more than 35,000 restaurants worldwide, with an estimated 69 million customers served each day. Ingeniously setting up stores in the most accessible locations, they have offered convenience to any customers wanting to stop by and order tasty fries and a burger.

However, according to Daily Meal, McDonald's may have some of the worst entrees on their menu looking at it healthwise. In hindsight, Eat This.com reveals that it is still possible to stop a health set of food in McDonald's but be sure to stay away from the following food choices below.

Caffeine is the go-to source of energy for most people in the morning but lookout for this one. A large serving of this will give you 670 calories, 27g of fat, 200mg of sodium, 96g of carbs, which is mostly 89g of sugar, and 11g of protein.

The McFlurry may have undisputed popularity for desserts, but if you dig deeper, you will find out that it has 640 calories, 21g of fat, 200mg of sodium, 96g of carbs, and 13g of protein.

A heavy-weight food choice may also have heavy-weight consequences for your health because of 620 calories, 33g of fat, 1,500mg of sodium, 44g of carbs, 38g of protein that it contains.

If there is one thing McDonald's is known for, it is their crispy fries. Nevertheless, these tasty snacks come with 490 calories, 23g of fat, 400mg of sodium, 66g of carbs, and 7g of protein.

While McDonald's offers tons of sweet treats, their chocolate shake may be a little too much for you. A small serving can get you 530 calories, 15g of fat, 260mg of sodium, 87g of carbs, and 12g of protein.

Another simple looking food choice that packs a punch of unhealthiness is the Sausage, Egg & Cheese Biscuit. A serving of this gets you 530 calories, 34g of fat, 1,140mg of sodium, 38g of carbs, and 17g of protein. Talk about fat and sodium overload!

As if a single quarter pounder isn't enough, they had to come up with something twice as unhealthy. With 720 calories, 40g of fat, 1,370mg of sodium, 43g of carbs, and 49g of protein is more than too much, don't you think?