Dunkin is Ramping Up Beverage Innovations Amid Global Pandemic 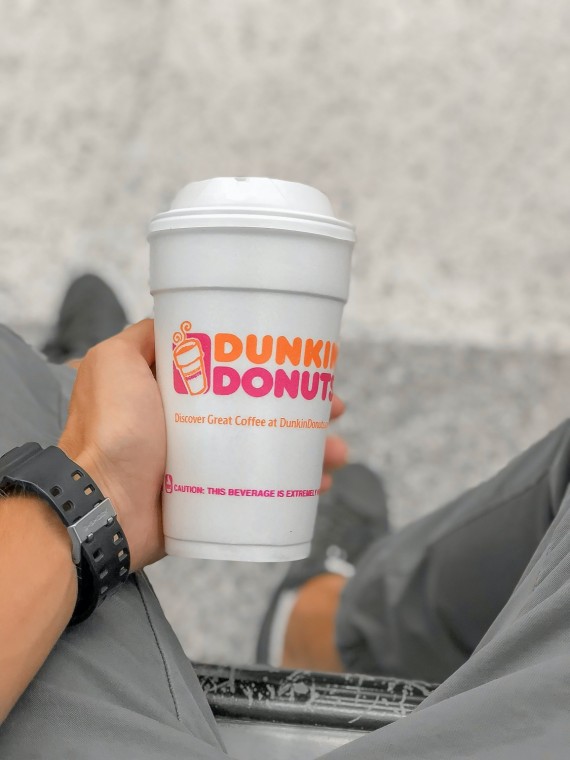 Dunkin' has made a significant decision to continue modernizing its menu offerings as consumers.

This pandemic may have forced most individuals to skip daily commutes and morning coffee runs. Still, with the initiative of the Dunkin' Brands Group for menu innovations, they are seeing a new trend with customers treating themselves.

This trend arose as consumers choose to treat themselves with cold and specialty drinks that are harder to make at home. Dunkin' hopes that this trend will continue and progress as they roll out new menu items like Planet Oat OatMilk and the permanent addition of Refreshers, which are made with flavored fruit concentrate and green tea.

As these new menu innovations are launched in all U.S. locations, they aim to bring in a younger and more female demographic. Vice President of Marketing Strategy for Dunkin', Jill Nelson, says that as their company looks into the future, they always consider the core of their heritage while leaning on modern and relevant ways, according to Spontec.com.

Related reports from CNBC reveal that most food chains use digital platforms to capture and engage with the younger generation of consumers. Along with other major fast-food chains, Dunkin' decided to make a bold move of leaning into Gen Z marketing. Their most recent campaign involved the most followed creator on TikTok, Charli D'Amelio. In addition, Dunkin' has decided to double down on TikTok by creating a "crew ambassadors" program to pay workers to post TikTok videos.

Dunkin' and Charli D'Amelio have developed The Charli drink, a delicious Dunkin' Cold Brew with whole milk, and three caramel swirl pumps. On the launch of The Charli drink, consumers were offered the opportunity to virtually hang out with D'Amelio with the chance to get several pointers on how to create socially engaging videos online.

Five days after the launch, thousands of Charli drinks were sold. Additionally, the collaboration also effectively worked in driving traffic to the Dunkin' app. It was also reported that on the day of the campaign launch, a 57% increase in app downloads were recorded. With a market value of $7.4 billion, Dunkin' shares have risen nearly 18% since the start of 2020.

Dunkin' CEO Dave Hoffmann admittedly said that food chain companies have switched on to "fight mode" as the pandemic has created revolutionary challenges across the industry. During the second quarter of this year, Dunkin' suffered a sales decline of 18.7% in the U.S. Surprisingly, a rebound in sales started getting noticeable by the third quarter for Dunkin' and other companies.

Director of Global Culinary Innovation, Paul Racicot said that they refused to stop and just had to keep the ball rolling. He then adds that makeshift labs became a staple in the homes of those on the R&D team. As a result, their efforts allowed the company to test nine different drinks. This includes Layered Iced Tea, and Coconut Cocoa Infused Cold Brew. Virtual taste meetings were also held to discuss products.