This Fall, Ben & Jerry's entices fans with a brand new logo and assures gloriously gluten-free ice cream as 10 of their flavors received marks from the Gluten-Free Accreditation Agency.

According to reports from GFreeFoodie, this 2020, ten of Ben & Jerry's most popular flavors are certified gluten-free. Although their ice cream has always been gluten-free, a mark from the Gluten-Free Certification Agency has made it official.

In a press release from Ben & Jerry's, fans have been asking for gluten-free versions of their most popular flavors over the years. This year, they have decided to deliver the good news to their loyal customers.

They further mentioned that various flavors would hit freezer shelves in a new packaging containing the gluten-free certification logo in the subsequent months.

Gluten is a protein typically present in wheat, rye, and barley. It is not easily digestible for some people and can have adverse effects ranging from gluten sensitivity to celiac disease.

Ben & Jerry's stated that they are glad that they can offer some flavors to even more people, including those who are very cautious with their diet. 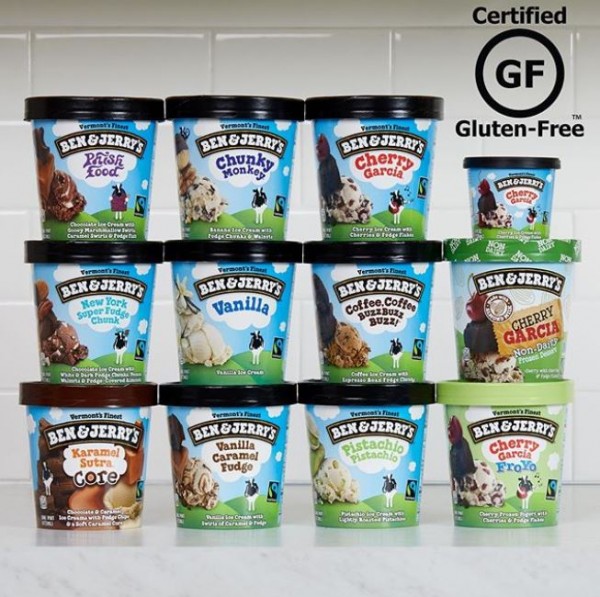 Cherry Garcia, the first ice cream named for a rock legend (Jerry Garcia & Grateful Dead), was the very first flavor to roll off the line and will soon be followed by these additional gluten-free flavors:

Ben & Jerry's promises that all these flavors have the same chunky, swirly recipe that their customers know and love.

This was also emphasized by Ben & Jerry's Innovation Manager, Jody Eley, saying that there were no changes done to their recipes whatsoever. To ensure that they meet the Gluten-Free Certification Organization's (GFCO) standards for gluten-free foods, they made steps to update their testing protocols.

In addition, the famous ice cream company says that more gluten-free flavors will be readily available next year. These flavors are certified gluten-free as manufactured and will soon be seen on Scoop Shops as well. This guarantees that they were gluten-free when they left the factory.