Losing his sense of taste may have just given this TikTok star the chance to create a video that became a viral sensation.

According to the NY Post, the viral TikTok video is a way to demonstrate one of the many symptoms of COVID-19, which is losing one's sense of taste.

New Jersey native TikTok creator Russell Donnelly created what is described as a repulsive video showing viewers how his taste buds were affected by COVID-19.

In his video, he revealed that he tested positive for COVID-19 and had mild symptoms, which include losing sensation on his nose and taste buds.

Donnelly's video currently has over 17 million views. Initially, the viewers were requesting him to eat nasty stuff that he said he did not have around the house.

He then continued to consume food that has an intense or pungent taste. He was seen biting off a chunk of onion without a problem. This was followed by a shot of pure lemon juice and a spoon full of garlic paste.

He also created follow up videos chugging down anchovies with capers, apple cider vinegar, mustard, a whole lemon, Gerber, and Wasabi Oreos, to which he did not react at all.

As a result, this no-taste test video elicits shock and awe from viewers all over the TikTok universe. Donnelly said that he wanted to prove to his skeptical friends that COVID-19 indeed affected his sense of taste.

Health experts describe it as an inexplicable bout of ageusia, which is the absence of the tongue's taste function.

Donnelly received his diagnosis on November 5 and immediately went into quarantine. He revealed that the diagnosis got him a bit scared, but he was most fearful for the individuals who came in contact with him.

It can be recalled that famous star couple, Tom Hanks and Rita Wilson, also experienced the same symptoms.

Loss of Smell and Taste: A COVID-19 Symptom

According to BBC, a study conducted by the University of London revealed that 80 percent of test subjects who lost their sense of smell or taste earlier in the year were found to carry coronavirus antibodies.

Additionally, 40 percent of this group experienced no other symptoms. It was back in May when the loss of smell and taste were added to the official list of symptoms. 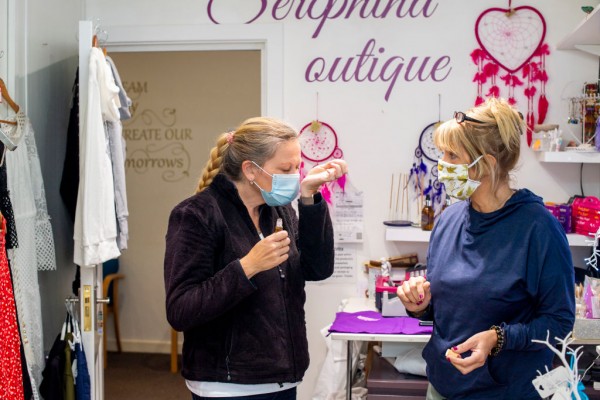 For upper respiratory infections like the flu or common cold, temporary loss of smell happens in over 60 percent of the cases.

Similarly, loss of smell can occur suddenly in people infected with COVID-19, and this is often accompanied by loss of taste. Reports say that these symptoms may appear without a runny or stuffy nose.

Various studies involving a total of 11,054 COVID-19 patients show that it is highly possible that the loss of taste or smell could be an initial symptom of COVID-19. Several theories claim that SARS-CoV-2 binds to a protein called ACE2 found on potential host cells' surface.

The protein ACE2 is said to be found mostly in the nose and mouth. As a result, the virus directly invades the nerve cells associated with the sense of smell and taste.

Related aticle: Comfort Food Could Be at Risk With Europe's Food Labelling System