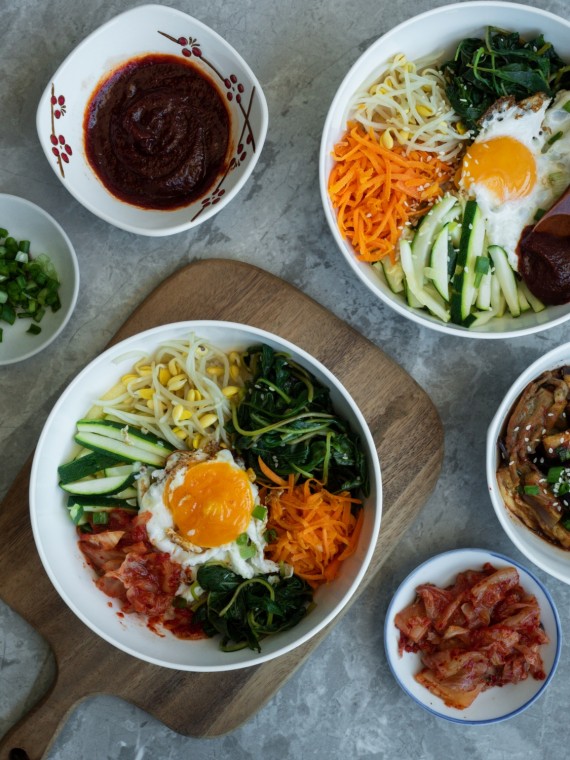 It is one thing for chefs to have an excellent skill in cooking but re-creating a dish you are not familiar with is an entirely different story.

Although the intentions may be good, others will still find fault in one's creation. This is what happened with Prime Chef alum Stephanie Izard after posting a re-creation of Bibimbap on her Instagram account.

As per Maangchi, native Korean YouTuber and Cook, Bibimbap is a local Korean dish made of a bowl of rice, sautéed and seasoned vegetables, a bit of hot pepper paste or gochujang, and a bit of seasoned raw beef.

According to Chicago News, trouble came to Chef Izard after taking in on the task of recreating her version of the popular Korean dish.

She posted her recipe and a photo of the finished dish on Instagram that allegedly sparked accusations of irresponsible culture appropriation.

The said post showed a bowl with beef and topped with cilantro and mint, which has since been edited and indicated that it was sponsored content created for New Zealand Beef & Lamb. An apology from the chef came after that.

However, Korean-American Chef Won Kim of Kimski retaliated and said that the full of green herbs seemed more like a Thai or Vietnamese dish. The issue was that the post tagged it as Bibimbap and did not describe it as a fusion dish of any kind.

Additionally, Chef Kim also posted a lengthy response to Chef Izard's statement, noting his experiences as an immigrant growing up in a small apartment in West Rogers Park.

He revealed that he encountered racism, enduring taunts for bringing Korean food to school, or grilling food during picnics.

He added that food gave him a sense of pride that he couldn't celebrate publicly until the white mainstream accepted Koreans.

He also mentioned that his concern is not about anyone cooking food from another culture. The issue is mainly focused on white chefs with a large fan base who have a history of mislabeling international foods.

This issue is something that is also a concern of the BIPOC (Black, Indigenous, and people of color). BIPOC chefs are not given the same opportunities to share their stories, especially compared to well-heeled restaurateurs who have a platform where they can share a dish even without having a personal connection to it.

Often, chefs like Izard can be seen as a capitalist that makes money off a culture without taking the time to understand the source of their inspiration.

On the other hand, like Kim, the BIPOC chefs often struggle to find opportunities in the industry and risk being labeled as slack for cooking their own food. Meanwhile, white chefs are praised for exploring that same food.

Sadly, several industry members, many of who are white, view critiques from Kim and other BIPOC chefs as complaining.

Meanwhile, there were also people that showed support to chef Kim like Seattle chef Eric Rivera that said Izard needs to put more thought behind her actions.