5 Cancer-Causing Foods You Must Avoid Before It's Too Late

Cancer-causing foods may be hiding in your grocery list and carts every time you go out and buy your weekly food supply. Aside from people diving into plant-based flexitarian diets, people are also getting aware of the foods they need to be aware of.

According to WebMD, Cancer or malignancy is an abnormal growth of cells, and symptoms vary depending on the type and where cancer has begun. Mayo Clinic notes that Americans with cancer still pay 50-100% more for the same drugs than patients in other countries.

This means that aside from the terror cancer can cause an individual, the treatment is not budget-friendly and will require so much of a family's fortune. This is more of a reason to avoid having the disease, through removing cancer-causing foods in your cart.

To help you with the worry you might have, here are 5 cancer-causing foods you need to remove from your shopping list or even carts if you have already got a hold of them before reading this. 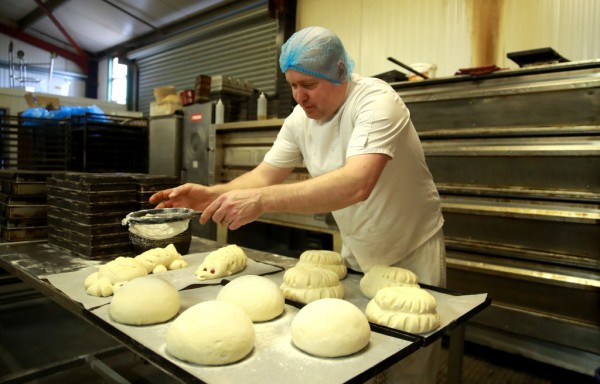 (Photo : David Rogers)
Baker, Andy Collins, sprinkles flour as he prepares loaves for the oven at Whittlebury Bakery on April 30, 2020 in Whittlebury, England. British Prime Minister Boris Johnson, who returned to Downing Street this week after recovering from Covid-19, said the country needed to continue its lockdown measures to avoid a second spike in infections.

In a report by Geisinger, refined grains present in white flour foods can spike blood sugar levels that can lead to insulin resistance. They add that the risk of having colon cancer and other cancers like kidney cancer can heighten. India adds that refined white flour comes to life through utilizing chlorine gasses which can have a side effect on the body. 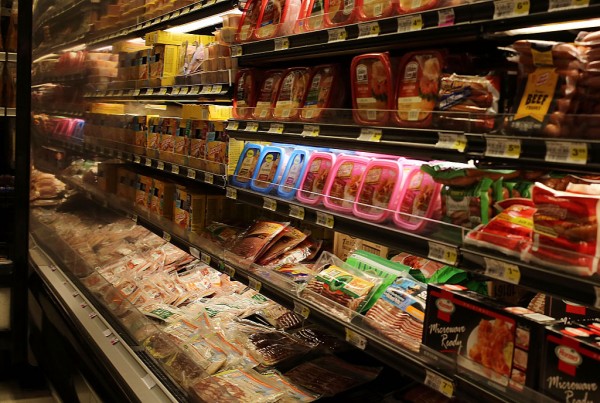 (Photo : Joe Raedle)
Processed meats are displayed in a grocery store on October 26, 2015 in Miami, Florida. A report released today by the World Health Organisation's International Agency for Research on Cancer announced that eating processed meat can lead to colorectal cancer in humans even as it remains a small chance but rises with the amount consumed. 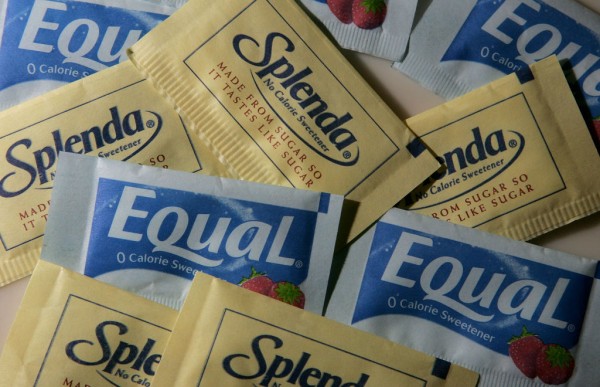 (Photo : Justin Sullivan)
Packages of Equal and Splenda artificial sweeteners are displayed at a coffee shop April 9, 2007 in San Rafael, California. Merisant, the maker of Equal filed a lawsuit today against McNeil Nutritionals, the maker of Splenda, citing that Splenda's advertising is misleading consumers to believe that the sweetener is all natural and made from sugar. McNeil Nutritionals claims that Splenda does originate from sugar.

If you think that you are saving yourself from too much sugar if you take artificial sweeteners as an alternative you may be right, but did you know that consuming this compound can increase your risk of cancer?

Better Health notes that sweeteners such as aspartame, saccharin, and cyclamate, have shown to cause bladder cancer among laboratory specimens when they are fed with huge amounts. Although they are safe to eat, it is better to take them in moderation for safety. 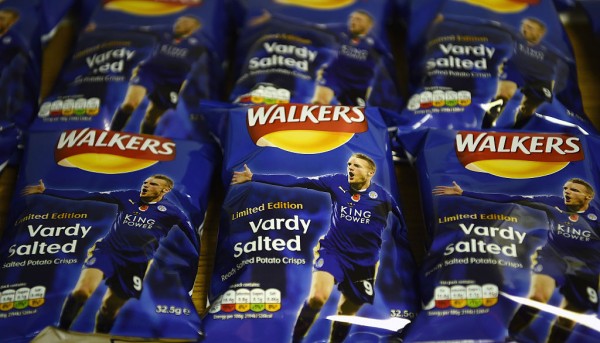 (Photo : Laurence Griffiths)
Limited edition packets of Walkers crisps bearing the likeness of Jamie Vardy of Leicester City are seen prior to the Barclays Premier League match between Leicester City and Chelsea at the King Power Stadium on December14, 2015 in Leicester, United Kingdom. The packets of Walkers Crisps have been released in honour of Vardy's record breaking 11 game goal scoring run in the Barclays Premier League.

Before you panic and have that mental breakdown of not eating this salty treat, you should just remove the brunt ones inside the package and throw them away. American Cancer Society notes that the chemical called Acrylamide that is used in industries like construction, oil drilling, and cosmetics can naturally form in potatoes when they are cooked in high temperatures. The society mentions some of the organization which also classifies the compound to be a carcinogen. 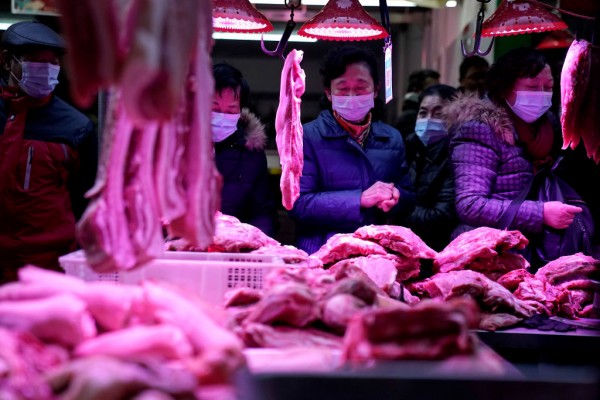 (Photo : Getty Images)
CHINA OUT) Residents buy pork to make sausage for the upcoming Chinese Spring Festival on a street famous for its sausages on December 31, 2020 in Wuhan, Hubei Province, China. Chinese citizens flocked to buy sausages and cured meat for the upcoming Chinese Lunar New Year, also known as Spring Festival. Wuhan, with no recorded cases of community transmissions since May, is gradually returning to normal.

Most of us are meat eaters especially beef and pork. The website India notes Times of India saying that that Excess eating of red meat is not recommended as it can cause pancreatic, colon, colorectal cancers. World Cancer Research Fund also notes that limiting the consumption of red meat to 350-500 grams or three portions per week is ideal.

Caring for the family encompasses your family's safety against diseases and physical harm. Limiting or removing these cancer-causing foods may save you and your family from the agone and sorrow this notorious disease brings with it.

Related article: Cheap but Deadly: 8 Cancer-Causing Foods Made in China You Must Avoid

WATCH: Shocking Foods That WIll Give You Cancer from WatchMojo.com