5 Dangerous Side Effects of Eating Too Much French Fries 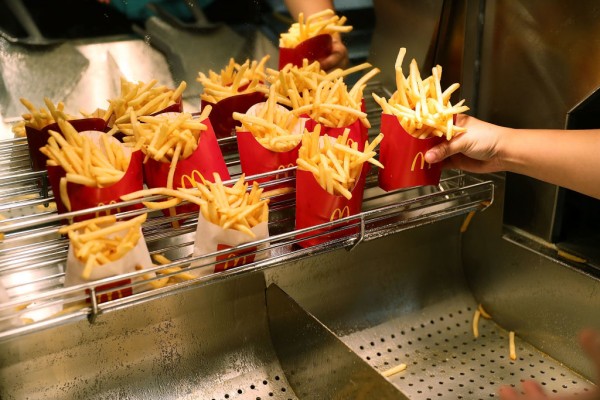 French Fries might be one of the most famous side dishes we have ever meet, whether beside a chicken, burger or, even order them alone.

But because of its abundance and accessibility to the point that it is existent on any fast food menu, people have the option to eat it every day, knowing that the side effects of eating too much French fries are present alongside the goodness this treat offers.

Eat This Not That mentions a study from The American Journal of Clinical Nutrition, stating that nearly 4,500 American adults indulging in French fries more than twice per week can double the risk of early death.

To convince you more than eating too many fries is not suitable for you, here are the things that'll happen if you eat too many French fries.

In an interview with Live Strong, former president of the Academy of Nutrition and Dietetics, Connie Diekman, RD, notes that fried foods are harder to digest in the stomach because of the fat it contains.

Diekman also notes in their interview that if the meal (like fries) is high in so much fat, then they can feel the discomfort all through the midsection and lower abdomen. Eat This Not That also notes that other manifestations may occur are bloating, cramps, diarrhea, and nausea.

Read also: French Fries May Just Be Healthier Than Salads, According to Science [VIDEO]

Not in the sense that your immune system will lessen but eating too many fried foods like French fries may affect the immune system's performance.

Deccan Chronicle mentions a study that suggests the compound or food additive called tert-butylhydroquinone (tBHQ), which is found in fried foods, suppresses the immune response.

Eat This Not That mentions another study that demonstrates the excessive eating of high fat and greasy foods may damage the gut through boosting the harmful bacteria and diminishing the good bacteria present.

WebMD references a study that shows that fried foods' excess eating can increase the risk of heart diseases and stroke. They also note that the more the individual eats, the risk for the disease heightens even more. This only means that chomping that fries daily is not a good idea.

Healthline points out that whole potatoes are filling, but fries and potato chips do not make you eat more to have your fill. However, the health site also reminds us that French fries are very high in calories, resulting in weight gain. If you don't want to get that scale moving, then lessen your consumption of French fries.

According to Eat This Not That, French fries being deep-fried comes back with high amounts of trans fat that may raise your harmful cholesterol levels.

The health site references a 10-year study in Japan where people with the highest levels of what you call industrial trans fats to have a 75% higher risk of Alzheimer's disease and Dementia.

Potatoes are an excellent snack that can fill you, but when you fry it and eat it every day, side effects of eating too many French fries may manifest that it is not healthy for you and your body.

To control your eating, why not make it your ultimate side dish with a fixed serving every once in a while, instead of indulging that can be dangerous.