The Digital World is becoming more and more outrageous and adventurous. New York Times announced on Tuesday that they will be parterning with Google. This collaboration between the two media giants helps move The Times to explore new ways of delivering digital journalism in three dimensions.

In the announcement, The Times sent a selected million of its readers free VR Viewers in the New York Times home delivery subscriber group. When these readers receive their copy of the Times on November 7, they will also be receiving a Google Cardboard VR Viewer - FREE! The viewers enable the user to see the VR films that The Times created. To add to this free delivery, members of the Times Insider loyalty program and some digital subscribers will receive email promo codes that they can redeem through the Google Cardboard viewer.

The gloves are off when it comes to digital media. Companies creating digital footprints at the same time astounding users by enhancing user experience create so much digital noise in the media industry. With the collaboration of the two companies, both get the win-win ends of the stick - which means more advertisers and more readers.

What does this cardboard look like? As simple as it sounds. It's a piece of cardboard that turns any smart phone into a virtual reality headset.

To kick-off the project, Times will be releasing a VR Film entitled "The Displaced." It revolves around the experiences of children whose lives were distraught by war. The film will feature three children from Syria, Eastern Ukraine and South Sudan - as released by Jake Silverstein, NYT Magazine Director. A second film will also be released, this time covering a behind the scenes feature of the "Walking New York" cover image.

Not left behind in the mobile app world, Times also developed a VR app that will be available for download on November 5 via Google Play and iOS App Stores. 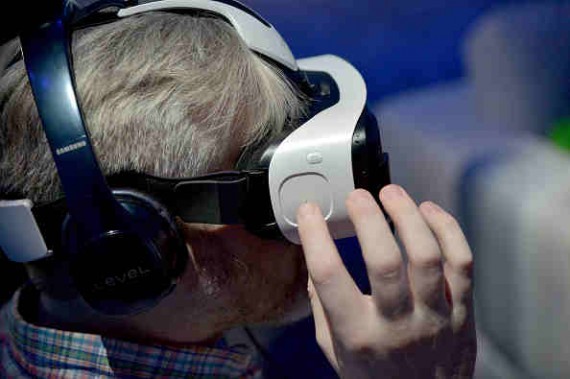