According to a new study, for moms who breast-feed, another potential benefit was found as it can reduce the risk of developing type 2 diabetes.

For mothers who already had a history with gestational diabetes, the study suggests that a span of more than two months of breast-feeding, can actually be associated with a 50 percent reduction in the odds of acquiring type 2 diabetes. The study also suggests that the longer women breast-fed, the lower the odds of developing the said disease will be.

As per Erica Gunderson, the study's lead author and a senior research scientist with Kaiser Permanente Northern California, the primary implication of the research focuses more on the promotion of breast-feeding efforts to women with higher risk of developing the said disease, , those who are obese or have a pregnancy with gestational diabetes.

Furthermore, although the research wasn't able to prove that breast-feeding caused a lower risk of type 2 diabetes, it has however found an association between these factors.

More than 900 women have been followed up by Gunderson's team two years after they had gestational diabetes, during pregnancy, and eventually until they gave birth. And as the reports have been released, it turns out that 12 percent of them developed type 2 diabetes.

For Gunderson, breast-feeding is the way of a woman's body to give it a recovery period after pregnancy, when the body must go into overdrive with insulin production to maintain blood sugar levels in the body. As to how lactation reduces the risk in developing diabetes, Gunderson also claimed that a number of other physiological mechanisms might also be able to explain it. 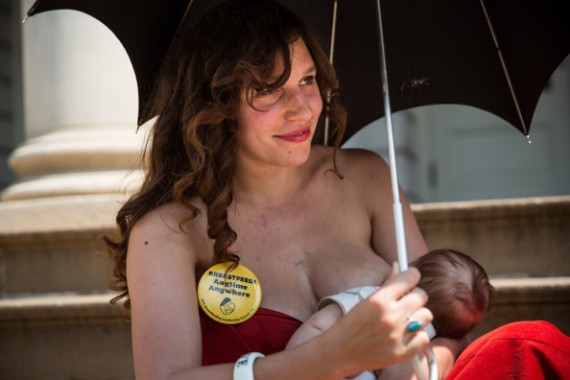 Meanwhile, Dr. Alison Stuebe, an assistant professor of maternal-fetal medicine at the University Of North Carolina School Of Medicine in Chapel Hill, have also added that through breast-feeding, it could also reset the body's metabolism after the metabolic chaos and changes that took place during the pregnancy.

However, for Dr. Sherry Ross, an obstetrician and gynecologist at Providence Saint John's Health Center, in Santa Monica, California, adds that for those women with gestational diabetes often develops other complications that usually make breast-feeding even more challenging.

That is why Ross believes that strategies must be created to reduce the risk of diabetes and it must take place during the pregnancy and must continue once the baby is born. And in addition, she also believes that other lifestyle behaviors such as weight loss, dietary changes and increasing physical activity can really reduce future risk of acquiring diabetes.