Is Giving Birth on a Weekend Riskier Than on a Weekday?

A new study from England has recently found that giving birth on a weekend may have a higher risk of complications for moms and newborns.

According to Dr. Aaron Caughey, a professor and chair of the Department of Obstetrics and Gynecology at Oregon Health & Science University, better known as the "weekend effect" in hospitals, it explains that patients can have worse medical outcomes on weekends, but is currently considered as understudied in terms of obstetric care, and the results are mixed. Caughey was also known to be the co-author of an accompanying editorial in The British Medical Journal.

In conducting the study, the mother's age, socioeconomic status, ethnic group, history of caesarean sections or any existing conditions such as high blood and diabetes were all considered. Furthermore, hospital staffing factors were also included in the study. 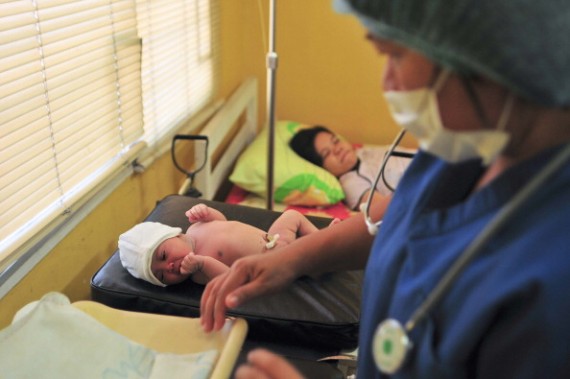 As per CBS News, the study conducted by scientists from the Imperial College London, has found that when women gave birth on the weekend, a slight increase in adverse outcomes have been recorded, particularly an increase in the number of stillbirths and deaths. Nighttime deliveries risk was also found to have been even higher.

As soon as the findings were released, it showed no significant relationship between birth outcomes and staffing issues. However, the authors have strongly noted they would still require in-depth studies in the said area and emphasized that because the study is observational, definitive conclusions can be drawn about its cause and effect.

Additionally, on behalf of the American Congress of Obstetricians and Gynecologists, Caughey said that there is a possibility that weekday deliveries pose a lower risk of complications because more are scheduled. Furthermore, he also said that in order to explore the apparent protective effect of weekday deliveries, and to ensure that women who deliver on the weekend, and their babies, receive the same benefits, more researches are to be conducted.

In addition to the weekend effects, the editorial authors have also highlighted that busy days, holidays, and doctors' absence at conferences affect patients' outcomes can also create an impact as it is evidence that related to capacity strain.