In a current study conducted by a number of researchers from Israel, it showed that different people's bodies can actually respond to eating the same kind of meal very differently.

This week, as Israeli researchers write in the journal Cell, as our own respective bodies reacts to the same food very differently, it means that a diet may work wonders for some people but can do otherwise on you.

Eran Segal and Eran Elinav, the study's lead authors from the Weizmann Institute of Science have considered the Atkins, Zone or South Beach as their basis, in order to focus on one key component used in creating balanced diet plans. As soon as the glycemic index or GI for short was introduced, it is what several researchers are using to measure of how certain foods creates an impact on blood sugar levels and was believed to generate a fixed number.

However, this is not the case, it turns out that it actually varies depending on the individual, as there are profound differences between each person.

Researchers have discovered that just like the have expected, age and body mass index seemed to have an impact on blood glucose level after meals, but so did something else. 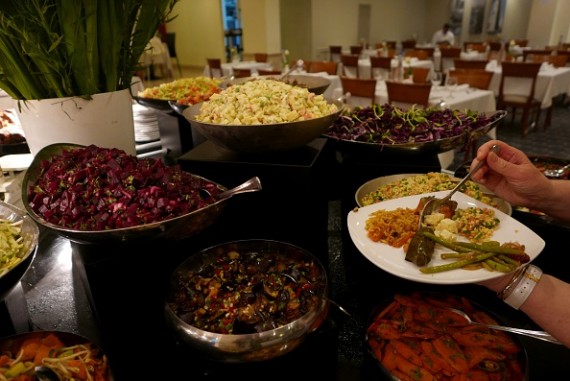 Furthermore, researchers believes that as their findings suggests and shocked a lot of individuals, if meal plans were tailored to an individual's physiology, it can just be the key to the future of dieting. An example that they have considered is that of a middle-aged woman who tried and failed with a number of diets.

Moments after eating tomatoes, it was found that her blood sugar increased; so on her case, it was an example of a poor diet as her since blood sugar has been linked with heart problems, obesity and diabetes. But then again, she used to eat this as part of her supposed healthy diet plans several times a week.

Through the data that they have obtained from the study, the team was able to come up with what they consider as the holy grail of dieting which is like an algorithm that takes hundreds of factors about a person and turns them into a somewhat like a personalized meal plan. According to an interview conducted by The Atlantic to Segal, he claims that the results gathered from the participants, did not just surprised them but as well as with the doctors.