If you are thinking of owning one fast food restaurant and opening one of the most successful names in the fast food industry, today is your lucky day. 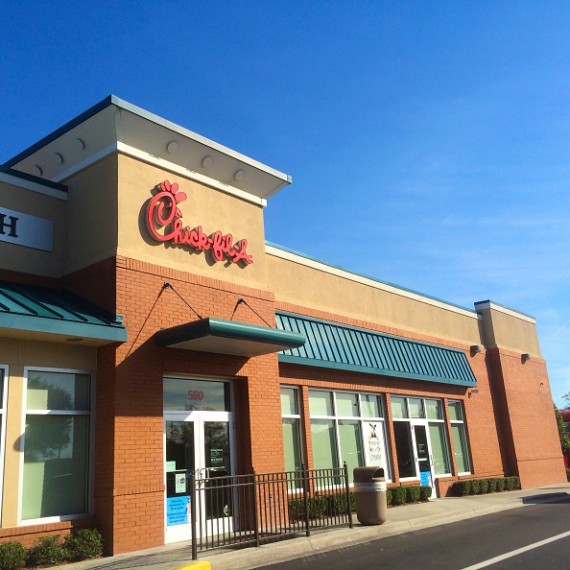 Chick-fil-A charges only $10,000 for a franchise, cheaper than the competing restaurants and does not require the candidates to meet a net profit threshold, the company told the Business Insider.

Being one of the most successful fast food chains in the US, Chick-fil-A reportedly grew by $700 million, making it the largest pizza brand in the country, according to QSR Magazine. It is also the 8th largest fast food chain in terms of sales and generates more revenue per restaurant compared to any other food chains across the United States.

If Chick-fil A is most successful today than ever, then why open it for franchising at a very minimal charge? 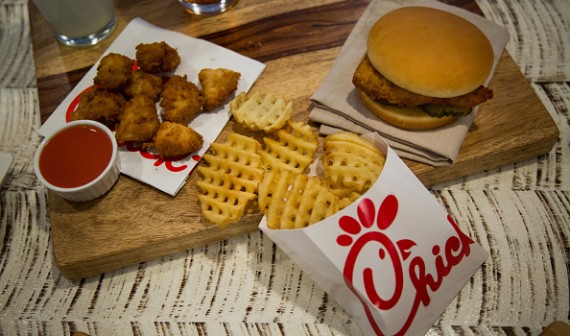 Chicken nuggets, french fries, and a fried chicken sandwich are arranged for a photograph during an event ahead of the grand opening for a Chick-fil-A restaurant in New York, U.S., on Friday, Oct. 2, 2015. Chick-fil-A, the Southern chicken-sandwich chain that has drawn both controversy and copycats over the years, has finally arrived in New York. The company will open a 5,000-square-foot (465-square-meter), three-level restaurant in Manhattan's Garment District that will be the chain's largest location in the nation. Photographer: Michael Nagle/Bloomberg via Getty Images

This is the catch:

Because the start up costs are low, the on going fees are higher than those of its rivals.

McDonald's, for example, requires potential franchisees to pay between $955,708 and $2.3 million in startup costs, including a $45,000 franchise fee, but the fast food giant charges just 4% of the gross sales plus rent as an ongoing monthly service fee.

Added to that, Chick-fil-A does not allow franchisees to open and own multiple units because it limits their potential profit from the monthly ongoing fees.

"Chick-fil-A operators must be as comfortable rolling up their sleeves in the kitchen as they are shaking hands in the dining room," Chick-fil-A spokeswoman Amanda Hannah said.

"Oftentimes, several operators in a market will combine resources to market events through advertising and promotion," Hannah said. "Our daddy-daughter date nights are an example of this."

But if you see this as a great opportunity for you and your family, here is how you apply:

Annually, Chick-fil-A receives more than 20,000 applications and inquiries but only selects between 75-80 candidates, Hannah said.

Interested parties have to submit a form, which can be downloaded from the company's website (LINK) to express their interest and to know more about the chain.

After evaluating the submitted forms, a team will contact the potential franchisees for an interview, as well as the candidates friends and family members to gauge their interests, intentions and capability to run their brand.

Once the process is done and candidates are selected and hired, they will undergo series of trainings before they can fully open and operate their unit.

How Restaurants Worldwide are Adapting to Coronavirus Safety Concerns