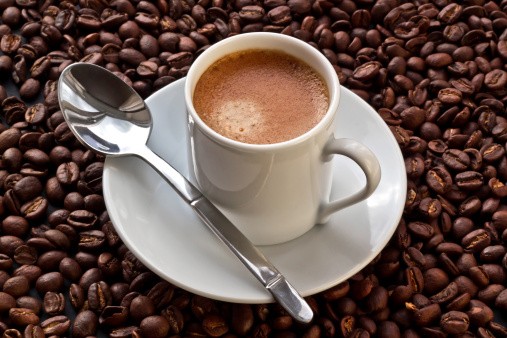 It may speed you up on a particularly slow morning, but the consumption of coffee does not cause out-of-sync heartbeat patterns or heart palpitations, a new study said.

The research conducted at the University of California-San Francisco (UCSF), measured the prolonged consumption of caffeinated products over a 12-month period. The findings go against what was believed a long time ago, which suggested that drinking coffee raises the heart rate, therefore prompting medical practitioners to caution against coffee consumption.

"Clinical recommendations advising against the regular consumption of caffeinated products should be reconsidered as we may unnecessarily be discouraging consumption of items like chocolate, coffee and tea that might actually have cardiovascular benefits," stated senior author Gregory Marcus, health cardiologist and director of clinical research.

"Given our recent work demonstrating that extra heartbeats can be dangerous, this finding is especially relevant," he added.

Previous studies show that premature atrial contractions (PACs) in the upper chambers of the organ lead to atrial fibrillation, stroke and death, whereas excessive premature ventricular contractions (PVC) at the lower part are linked to increased risk in heart failure, coronary artery disease and death. Studies and trials tied both irregularities to caffeine consumption, though they were performed decades ago and did not use PAC and PVC as primary outcome.

In the new study, Marcus and his team examined 1,388 randomly selected participants, with a median age of 72, to take part of the research. About 60 percent of the partakers said they consume caffeinated products of some sort every day. The team zeroed in on coffee, tea and chocolate and did not particularly ask about super-caffeinated energy drinks. Turns out, they could not find any difference or any more extra heart beats per hour, even after the consumption of the said drinks.

"Therefore, we are only able to conclude that in general, consuming caffeinated product every day is not associated with having increased ectopy or arrhythmia but cannot specify a particular amount per day," Marcus noted in his study.

Lead author Shalini Dixit, medical student at UCSF, also said, "This was the first community-based sample to look at the impact of caffeine on extra heartbeats, as previous studies looked at people with known arrhythmias." She also added, "Whether acute consumption of these caffeinated products affects extra heartbeats requires further study."

The full findings can be found in the Journal of the American Heart Association.