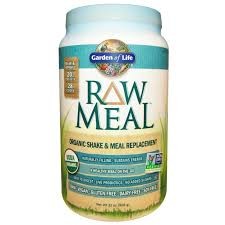 Federal health officials have declared that Salmonella found in a food product called RAW Meal Organic Shake & Meal and marketed by Garden of Life has infected as many as 27 people in eight states. This powdered protein, as well as seed food product, is marketed in big plastic containers, which some people may store for a while.

Such products usually have a prolonged shelf life and, hence, people may stock them up for a while. Since, some people may still have RAW Meal Organic Shake & Meal at their homes, the chances of more people being infected by Salmonella cannot be ruled out, the Centers for Disease Control and Prevention (CDC) has warned.

The CDC has further said that consumers should avoid eating the food product while retailers should not sell the products that have been recalled.

The infection was first detected on March 21, 2016, and with nine people being infected with the outbreak strain of Salmonella Virchow recently, the total number of people suffering from the disease in 20 states has gone up to 27. The victims range from less than 1 year to 84 years, with the average age being 35 years.

Currently, the Food and Drug Administration (FDA), CDC, and multiple states are investigating a multi-state outbreak of Salmonella Virchow infections. According to the list of states and the number of cases in each on the Case Count Map page, 56 percent of the patients are female. While no death has been reported so far, five of the 19 people infected by the Salmonella strain required hospitalization.

Incidentally, Salmonella is a widespread cause of food poisoning and it affects a million people every year, claiming about 380 patients. The symptoms associated with the condition includes diarrhea, stomach pain and cramps. Salmonella infections may occur from consuming a variety of foods, including chicken, pork, tuna and even vegetables, NBC News reported.