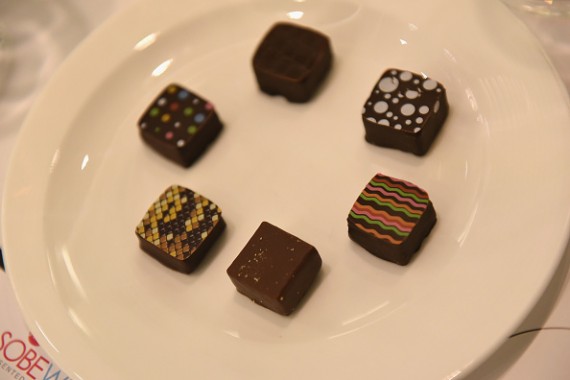 According to the Telegraph, researchers have suspected for many years that chocolate may have a stabilizing effect on blood pressure, ever since discovering that the indigenous Kuna people of the Central American island of San Blas have normal blood pressure well into old age.

Laboratory studies later confirmed that a group of naturally occurring chocolate chemicals called flavanols may have a beneficial effect on blood pressure. Scientists believe that flavanols cause nitric oxide to form in the body, which in turn relaxes and opens the blood vessels.

But until recently, there has been little experimental evidence to suggest that benefit can be gained simply from eating the processed chocolate sold in the United States.

Then in August 2012, researchers from the National Institute of Integrative Medicine in Melbourne, Australia and the University of Adelaide published a research review in The Cochrane Library finding that people who consumed more chocolate or cocoa really do have lower blood pressure.

According to Web MD, the researchers reviewed the results of 20 separate studies involving a total of 856 people who were fed between three and 100 grams of chocolate or cocoa powder each day, containing between 30 and 1,080 mg of total flavanols. All the studies lasted between two and eight weeks, except for one that lasted 18 weeks.

On average, participants who consumed the chocolate lowered their blood pressure by two to three mmHg compared with participants given placebos. In trials where the placebo group consisted of people fed flavanol-free chocolate, the relative blood pressure decrease in the experimental group was even greater (three to four mmHg).


But any health benefits from chocolate are based on moderation and cocoa content. "Most of the studies say the beneficial effects of chocolate are in the range of 80g a week," Dr Bain says. "And although both milk and dark chocolate both contain cocoa, milk chocolate contains a much higher amount of dairy product and sugars. Go for dark."