Breakfast Is Not The Most Important Meal After All

TAG:Breakfast, most important meal of the day
Close 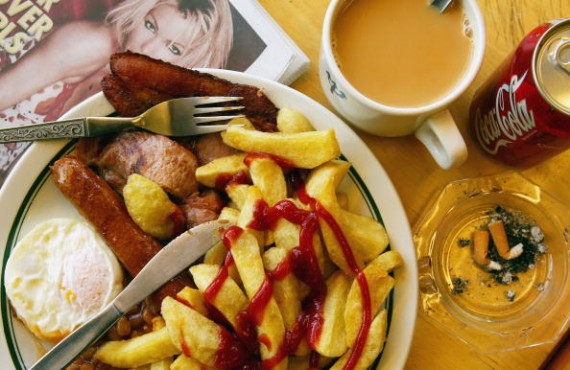 A lot of people and even health experts believe that breakfast is the most important meal of the day. The logic behind this widely held belief is that eating the morning meal boosts the body's metabolism which could help one lose or maintain the proper weight. In addition, eating breakfast is thought to reduce the risk of certain diseases like diabetes and heart disease according to a LiveScience article.

However, a leading nutrition and metabolism expert say that there is basically no evidence to support those supposed health benefits of breakfast.

Speaking to New Scientist, Dr. James Betts said: "The problem is that these benefits, although logical sounding, are largely assumptions based on observational studies and had never actually been tested." Dr. Betts is a University of Bath Senior Lecturer in Nutrition and Metabolism according to a YahooNews article.

He added that he was surprised that when he started looking for evidence on these supposed health benefits associated with eating breakfast, he found none.

Dr. Betts also commented on the common practice of doctors who, upon learning that their overweight patients skip breakfast, would almost always recommend eating the morning meal daily for its supposed weight management benefit. He said that as doctors, they should not give health advice without evidence but this is exactly what they are doing when recommending breakfast to their already overweight patients.

According to the Yahoo News article, Dr. Betts decided to test if breakfast did offer health benefits as commonly believed. In the experiment, one group drank only water until lunch while another group started the day with a 700 calorie or more breakfast. These are his findings:

1.       Breakfast skippers generally ate bigger lunches, but not enough to catch up with the 700 calorie head start of the breakfast eaters. This means that by lunchtime, breakfast eaters are way ahead in terms of calories consumed than skippers.

2.       The study also found that skipping breakfast did not affect weight gain or fat levels.

3.       While breakfast eaters did manage to burn off the extra calories, it was done though some light exercise.

So why did previous literature point out the supposed health benefits of eating breakfast? It could just be a case of misinterpretation of those long-term studies that were often cited to back the breakfast benefits claim. According to a Huffington Post article by Alma Almendrala, the studies only managed to establish a correlational relationship but failed to actually demonstrate if skipping or eating breakfast actually caused the diseases or health benefits.

Dr. Betts did clarify that there is no correct answer to whether one needs to eat breakfast or not. It is a highly personal matter and depends on what a person's activities for the day are.

In an email to Huffington Post, Betts gave the example that if an athlete were to run a marathon on that day, he should probably eat breakfast whether he is hungry upon waking up in the morning or not. On the other hand, an overweight person who has nothing much to do that day might be better off not eating breakfast, especially if he is not hungry.

And that was probably his way of saying that it is still okay to eat breakfast if one prefers, but one shouldn't call it the most important meal of the day anymore.

How To Get A Good Night's Sleep

How to Improve Your Vision by Improving Eating Habits - Top 5 Foods for a Better ...