Bikini Baristas Have Taken Over the Northwest 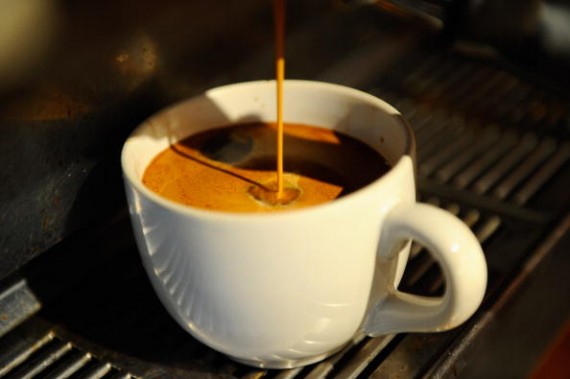 CULVER CITY, CA - SEPTEMBER 08: A cup of Espresso is made at The Conservatory Coffee, Tea, and Cocoa, a family owned roasting coffeehouse on September 8, 2010 in Culver City, California. On Wednesday, the price of coffee hit a 13-year high. The price has risen 43 percent since June.
(Photo : Kevork Djansezian/Getty Images)

Some residents in Washington state and Oregon may be ditching the popular coffee chain for drive-through coffee shops like the Hot Bikini Brew. This coffee joint serves regular coffee though the way it is served has a certain twist: the barista is clad in a hot pink lacy lingerie, causing customers to gape at her barely-dressed body open-mouthed.

Sure, there are regulars, as Thrillist reports, and for good measure: the caffeine's effects are exponentially increased by the near-naked barista.

Bikini Baristas are a new trend, and it's taking over the Northwestern part of the United States. There is even a website dedicated to helping people find bare-bodied baristas making and serving espresso. The whole trend was created in order to increase coffee sales. It gives a new dimension to the coffee business, and is a recent addition to the growing roster of industries using scantily dressed people to boost revenue. There are already car wash facilities with bikini-clad employees cleaning automobiles, along with sushi joints featuring swimsuit-clad women.

Though it's a revolutionary idea, it has raised concerns. Notably, Spokane Councilman Mike Fagan, who told Zagat: "It should be all about the coffee and not all about the body". He even proposed an ordinance requiring coffee stands, like Hot Bikini Brew, to post signage telling the general public what types of uniforms the baristas are wearing. The main issue is about coffee being sexualized.

"There are a lot of business owners out there that are still trying to figure out how to build a better mouse trap," Fagan told Zagat. "Unfortunately, here in the city of Spokane, that better mouse trap, in their minds, would be to sell sex."

However, proposals to curb the trend have been repeatedly shot down. Apparently, the baristas don't even mind the work: