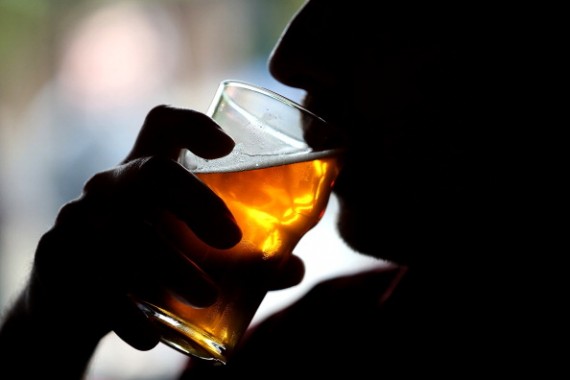 SANTA ROSA, CA - FEBRUARY 07: A Russian River Brewing Company customer takes a sip of the newly released Pliny the Younger triple IPA beer on February 7, 2014 in Santa Rosa, California. Hundreds of people lined up hours before the opening of Russian River Brewing Co. to taste the 10th annual release of the wildly popular Pliny the Younger triple IPA beer that will only be available on tap from February 7th through February 20th. Craft beer aficionados rank Pliny the Younger as one of the top beers in the world. The craft beer sector of the beverage industry has grown from being a niche market into a fast growing 12 billion dollar business, as global breweries continue to purchase smaller regional craft breweries such this week's purchase of New York's Blue Point Brewing by AB Inbev.
(Photo : Justin Sullivan/Getty Images)

In a report by the Brewer's Association, American craft beer exports topped $116 million.

The data, which highlighted the craft beer industry's export data in 2015 and supported by the organization's Export Development Program, saw a huge increase. Apparently, export volume increased by a whopping 16.3% in the past year and totaling 446,151 barrels overall.

The major export markets of American craft beer include Canada, which accounts for at least half of the exports. Craft beer exports to the United States' neighbor also increased by 11%. Meanwhile, Western Europe saw a 33% increase in exports. The data also showed known beer-drinking European countries like Ireland, Great Britain, and Sweden having a market share of approximately 10% each. Australia ended the list with a 4%.

In terms of export growth, the Japanese market also had a slight surge at 5%, while the Asia-Pacific region increased by 12.5%. The Brazilian market also grew by a slight margin at 4%.

The growth can be credited to the dedication of craft beer brewers and the Export Development Program (EDP). It has generated exposure to the craft beer industry through trade shows and conventions. It was formed with the support of the United States Department of Agriculture.

"Small and independent craft brewers are putting American beer on the global map," says Bob Pease, president and CEO, Brewers Association. "There's a growing thirst from beer lovers in countries around the world for bold, innovative products from American craft brewers. As the demand for American craft beer continues to grow abroad, the Brewers Association is pleased to support our members by increasing their access to international markets."

Craft beer is different from the beers created by large billion-dollar companies. Basically, craft beers are made by small, independent brewers which have their own breweries. It is usually commonplace and a big business in small towns across the country.