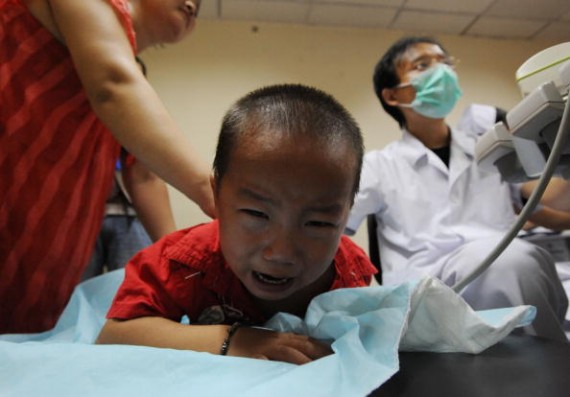 For long scientists have been working to find out the reasons that prompt an individual to end his/ her life. Now, findings of a recent study reveal that food poisoning is one of the causes of increased suicidal behaviors. The study has established a correlation between food-borne parasites and mental or emotional problems endured by some people.

Scientists at various universities across the United States have evaluated data collected between 1991 and 2008 and validated a correlation, which was earlier hypothesized, between Toxoplasma gondii (T gondii) and self-directed aggression and other psychiatric problems, an article published in The Journal of Clinical Psychiatry stated.

According to scientists, their findings are compatible with earlier studies that hinted an association between T. gondii and self-directed aggression, in other words, suicidal behavior, and also increase the biological intricacy of impulsive aggression from a definite as well as a dimensional perspective, Food Safety News reported.

While several people relate Toxoplasma gondii with cats, which has the potential to transmit the parasite to humans, researchers and the Centers for Disease Control and Prevention have reported that often this parasite spreads to people by food-borne routes.

CDC reports that generally consuming undercooked meat from animals that are infected with the parasite is the main reason behind human T gondii infections and this is said to be the major cause for food-borne ailments in the United States.

Following examination of the data pulled together from patients during the 17-year period, researchers discovered that people with T gondii infection were twice likely to display aggression and impulsive behaviors, as well as suicide.

In fact, the data on human behavior is supported by previous studies with rats and mice that also showed increased impulsive aggressive behavior in rodents with T gondii. Mice that are infected with this parasite were found to lose their aversion to felines and, more surprisingly, tried to make interaction with the natural enemy.

Scientists interpreted this as augmented and impulsive risk-taking behavior, which is considered suicidal for the mice and helpful for the parasite, which prefers residing in cats. Irrespective of whether the host is an animal or a human, T gondii always attacks the brain.