There's Such Thing as Fried Chicken Ice Cream and It's Glorious 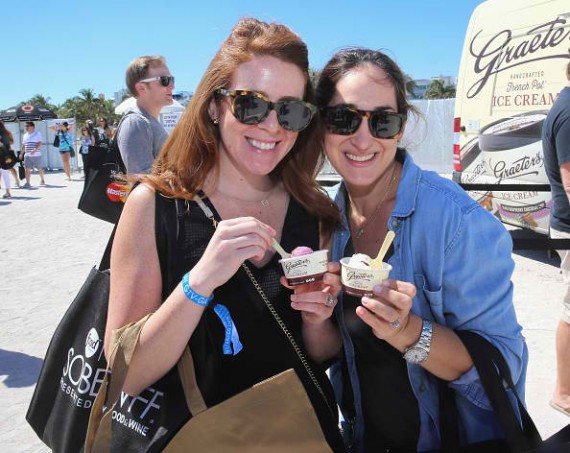 In the upcoming Karaage Festival in Fukuoka, Japan, one unique menu item is sure to turn heads and make our stomach tremble with excitement, fried chicken-flavored ice cream!

According to Japan Today, the unusual dessert will make an appearance at the event where dozens of Japanese restaurants will be offering up their best chicken dishes next month.

Karaage is a Japanese oil frying technique that involves frying the meat without batter. Chefs offer up their own spin on the deep-frying method for the traveling festival,. The flyer for the event features images of karaage ramen and the karaage ice cream, which appears to be in the form of a brown soft serve. According to Japan Today, the characters on the flyer translate to "Karaage soft serve ice cream!? You've got to take on this challenge!"

It's a dare that may not surprise Japan's residents, as the non-traditional soft serve is nothing new to the country. Wasabi, chilled udon noodle with green onions, soy sauce, and squid ink have all found their way into cones, so karaage fried chicken may not be as out-there as it sounds.

We're not sure whether to laugh or cry or race to the nearest place selling this wild food mashup but we're definitely interested.

Delish reports that the ice cream's advertisement translation "Karaage ice cream?! You've got to take on this challenge!", of course makes us a little skeptical because eating food that is a "challenge" is generally a sign that things can get real ugly, real fast.

We admire the Japanese spirit of always having cuisine that keeps people their toes but since we won't be making it out to Japan anytime soon, we guess we'll have to sit this one out.

In the meantime, if you suddenly feel the need to chow down on some good old-fashioned fried chicken you can get a bomb fried chicken sandwich at one of these restaurants. You may also make your own as Chef Jeff McCarthy has a recipe in his official blog.