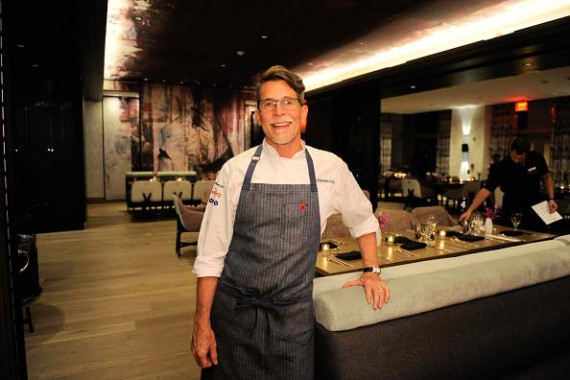 The Food Network is giving a platform to a group of people to be "hangry" professionally as it is gearing for the launch of its new series "12 Hungry Yelpers."

Inspired by the classic movie "12 Angry Men," the show will take several scathing (and sometimes hilarious) critiques and complaints from the restaurant review site Yelp and give an opportunity for the establishments' chefs and staff members to fix whatever was complained about.

According to New York Daily News, the show has already booked Monti Carlo as a host. It will not be the first time for Carlo to be involved in a food-related show as he was a finalist in the third season of "MasterChef."

Anthony Bourdain, who became a household name because of the Food Network, praised the concept of the show though he said it "sounds kind of nauseating."

"Is it the most stupid idea? Probably not," Bourdain said.

Apart from "12 Angry Yelpers," a big chunk of the programming for the 2016-2017 television season will be for kids. With hits like "Kids Baking Champion" and "Chopped Junior," the network will also premiere "Kids BBQ Championship" and "Food Network Star Kids" in a move that will most likely bring in more young viewers.

A new cooking show called "Barefoot and Friends" starring Ina Garten will also be introduced where she will cook with her famous celebrity friends. Meanwhile, famous Food Network celebrity chefs Bobby Flay, Guy Fieri, Alton Brown and Duff Goldman will have new shows which will capitalize on their already-established fame.

According to Forbes, the reformat of the network's programming was done in order to appeal to an increasingly family-friendly audience as it registered the highest co-viewing of viewers between ages 2-17 and 25-54 in five years.

"12 Angry Yelpers" is currently being developed and is expected to launch in the fall.