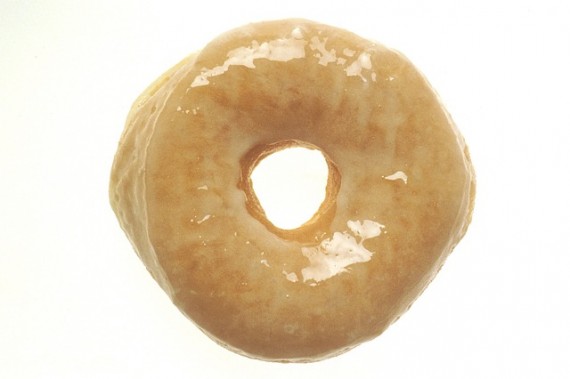 The glazed donut is a fixture in all Krispy Kreme stores.
(Photo : Skeeze/Pixabay)

Although Japan is not as weird as you might think (it's actually a normal place with normal people) it has been known for creating rather weird yet delectable concoctions/. Historically, these include black-colored burgers and chocolate coated French fries.

Today, Krispy Kreme Japan just introduced a new combination most people would be dying to try. And hey, why hasn't anyone thought of this before. Available on April 13 throughout the East Asian country is the Cool Krispy Sandwich, which is essentially a sandwich made of donuts and the spread, ice cream. It will cost consumers 420 yen, or $3.75.

Although we're sure that it will be a challenge to eat it, given that it's already hard enough to eat one from a cone, the new product will surely appeal to Japanese consumers. This is so mainly because the country loves sweets and every Japanese spends a considerable amount of money per year just to enjoy ice cream.

Anyway, the new product will be comprised of the brand's signature glazed donut which is cut into two halves and are pressing a scoop of vanilla ice cream, a scoop of raspberry ice cream, and a number of various frozen berries. Although the sugar content is probably sky high in the new entry on the menu, it does make use of berries, which are enough to dish out a good dose of vitamin C.

There is no news about this culinary mashup being brought to the United States, but it's definitely something which may turn out to be a hit, given that both donuts and ice cream are a favorite dessert and snacking staple in the country.

The Krispy Cool Sandwich joins the ranks of food hybrids like Burgerizza, Sushiritto, and Cronuts. It is not known if it will be available for a limited time or if it's a permanent menu fixture.