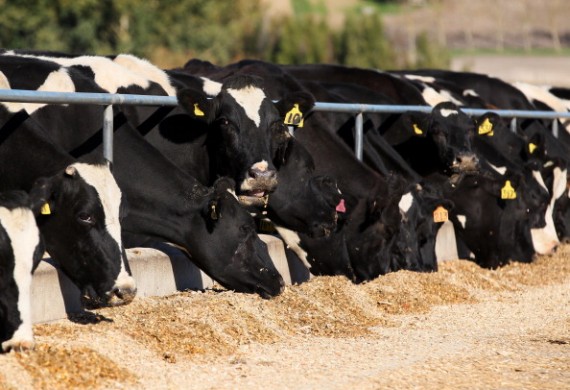 A herd of cows feed on the 'pad' after being milked at a dairy farm on April 18, 2012 in Morrinsville, New Zealand. Raw milk sales are growing as more people are educating themselves on what they believe healthy food is.
(Photo : Sandra Mu/Getty Images)

According to rough estimates by U.S. Centers for Disease Control and Prevention (CDC), about 3 percent Americans drink raw milk, which is unpasteurized; forcing it to renew its warnings regarding the practice in March this year.

Louisiana has proposed to change a law that includes a stipulation that would necessitate raw milk producers to test for coliform. Data released by Utah health officials revealed that such tests did not help to put off or detect a deadly outbreak there in 2014, Food Safety News reported.

Scientists at Utah's health and agriculture departments confirmed that routine somatic cell and coliform counts in raw milk do not make it safe for consumption. They further said that there is a need to educate consumers about the fact that raw milk may possibly be unsafe even after fulfilling the routine testing standards.

The warning issued by authorities in Utah cites a deadly outbreak in 2014 associated with raw milk from an anonymous dairy. The data states that though "Dairy A" followed the Utah law, and submitted raw milk samples every month to the state for somatic cell and coliform counts, the safety measure failed.

Meanwhile, health officials in Tennessee joined the recent chorus of public health officials and scientists cautioning about the potential life-threatening pathogens present in unpasteurized or raw milk. The Tennessee warning came early this as reinforcement to a similar caution issued last month by CDC.

The CDC warning March 18 came after the agency discovered two Listeria monocytogenes patients - one of whom succumbed to the ailment - had been infected in 2014 by the same pathogen isolate that officials in California had detected in samples of raw milk from an organic dairy in Pennsylvania.

Way back in 2014, the CDC reported on data assembled from outbreaks related to raw milk in the U.S. from 2007 through 2012. The salient features of the CDC report are as below: