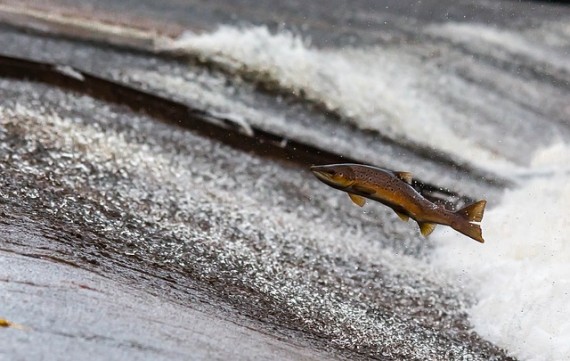 Salmon harvests will experience a 90 million drop in 2016, according to the ADFG
(Photo : Dannymoore1973/Pixabay)

The Alaska Department of Fish and Game recently released statewide forecasts for salmon and apparently, 2016 promises to yield a fewer output compared to previous years.

This year will have a large drop in overall salmon harvest, ADFG reported. Total projections are at 161 million salmon - a steep drop compared to last year, which topped at 268 million, according to  Alaska Journal of Commerce. Projections for specific varieties of the fish are:

The almost 90 million drop can be credited to the life cycle of the pink salmon, wherein the odd-numbered years experience bigger harvests while the even numbered ones experience steep drops. Although some species will satisfactory rises, the pink and red varieties which are the backbone of Alaska's salmon harvest and production will noticeably decline.

However, this development is not all bad news for local salmon fishermen and sellers. Fewer harvests mean fewer salmon for exports, leading to higher market prices, benefitting the export market.

Salmon exports to Japan increased drastically by 320 percent from October to December due to the failure of farmed and wild salmon fisheries. Sales are also expected to continue to keep up the pace this year as inventories start to clear out before the new fishing season.

Additionally, Chile's farmed salmon production is also experiencing a downtime due to occurrences of toxic algal bloom, Reuters reported. Note that the South American country is leading salmon supplier to the United States, and this problem may continue to persist until next year. Over 24 million fish have been killed in the country, and Alaska's salmon may have to step in to meet the mainland's demand.